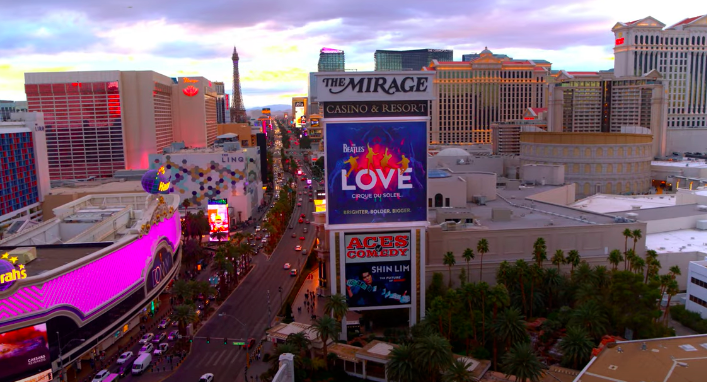 The future of the "The Beatles LOVE" show in Las Vegas was uncertain earlier this month due to its home, the Mirage having been purchased by Hard Rock International, which plans to replace the hotel/casino with its own branded building (to include a giant electric guitar).  But Cirque du Soleil has announced that the show will go on—at least through 2023.

A spokesperson says Cirque worked in tandem with MGM Resorts and Hard Rock International on the extension.

MGM's deal to sell The Mirage to Hard Rock is expected to close later this year. There has been some speculation regarding "The Beatles LOVE's" future amid the transition in ownership.

"The Beatles LOVE is one of the most beloved and successful production shows on the Las Vegas Strip," Eric Grilly, president of Cirque's resident show division, said in a press release. "We were thrilled to announce the extension to our cast and crew."

The show currently performs Tuesday through Saturday, twice nightly. Tickets for performances in 2023 will go on sale in the coming months.