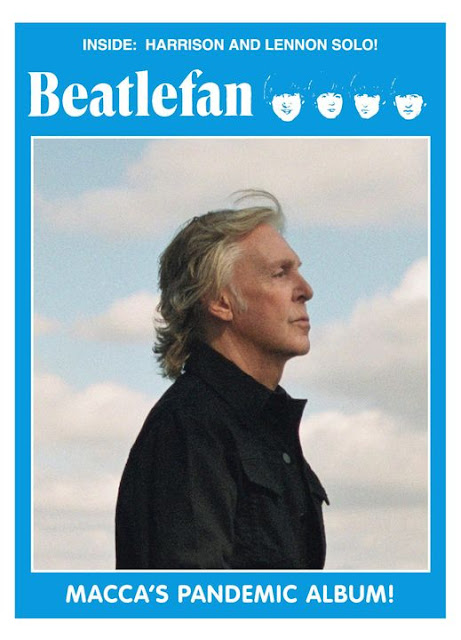 The new issue of world's best Beatles mag includes a whole lotta Lennon from yours truly. Good stuff all around. Order a copy - you won't regret it!

Beatlefan #247 takes note of a number of anniversaries — 25 years since “The Beatles Anthology” debuted, 40 years without John Lennon, and the 50th anniversary of the release of George Harrison’s “All Things Must Pass” and “John Lennon/Plastic Ono Band.” Al Sussman retraces the long and winding road to the “Anthology,” as covered in the pages of Beatlefan, and Allan Kozinn provides an entertaining look at what it was like to cover the “Anthology” and conduct interviews with Paul, Ringo and more. Bruce Spizer recounts the making of “All Things Must Pass,” while Brad Hundt provides an assessment of the album, and ranks Harrison’s solo albums. John Firehammer writes about the “Plastic Ono Band” album, and Lennon’s solo output. And, Robert Rodriguez looks at Lennon the man vs. the myth. Also, Bill King and Kenneth Womack both offer reviews of Paul McCartney’s “McCartney III” album. Plus, of course, we have the latest news, media reports, and reviews of new books and U.K. media offerings. For more information on how you can get this issue, or subscribe to Beatlefan, email goodypress@gmail.com or go to the relaunched beatlefan.com.