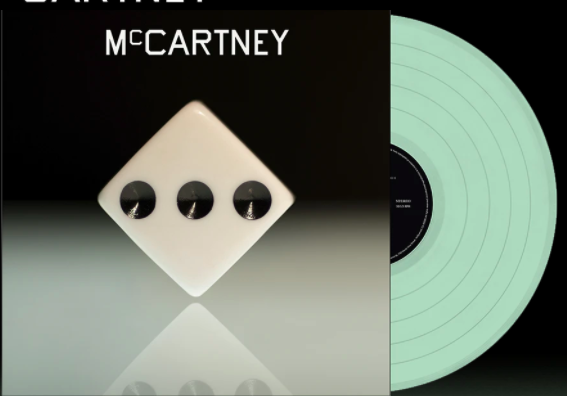 This is gonna be like Egypt Station, again, isn't it? With a zillions variations.

In addition to the Third Man vinyl edition mentions a few posts down, Spotify just announced this to Paul fans:

Paul McCartney has pressed a limited edition variant of his just-announced, upcoming LP McCartney III exclusively for his biggest fans on Spotify—you!

50 years following the release of his self-titled first solo album McCartney, Paul McCartney will release McCartney III on December 11th: a stripped back, self-produced and, quite literally, solo work marking the opening of a new decade, in the tradition of 1970’s McCartney and 1980’s McCartney II.

This exclusive collaboration, pressed on 130g Coke-bottle clear vinyl, is limited to 3000 copies worldwide. It's available until October 29th or while supplies last, so act quick!