The new Gimme Some Truth compilation, out today on what would be John Lennon's 80th birthday, mentions a planned box set dedicated to John's Plastic Ono Band, which celebrates its 50th anniversary this year.

No release date is mentioned. But we do know that an official book focusing on the Plastic Ono Band album will be out Nov. 17.

It seems unlikely to me that we'd see another big Lennon audio package out before the end of this year, but who knows. My bet is that the POB box will see release sometime in 2021, when the belated 50h anniversary Let it Be set from The Beatles and director Peter Jackson's "The Beatles: Get Back" documentary are also set to come out. 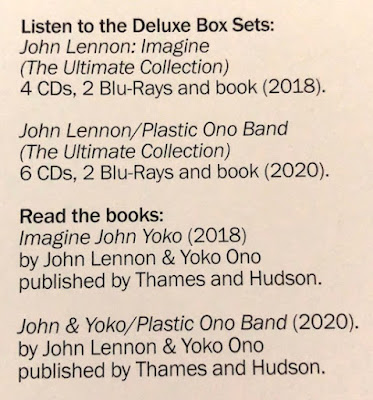