Here's another clue for you all: "McCartney III," by Paul

Paul has tweeted another image hinting at a pending McCartney III album release: 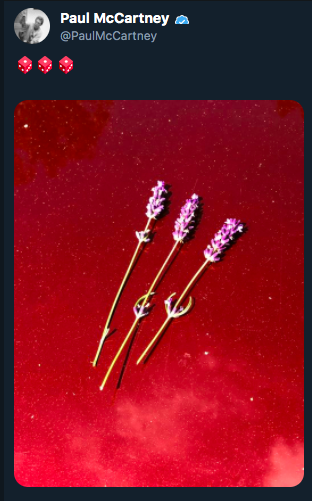 Meanwhile, the NME rounds up other clues that have surfaced, including dice displaying three dots that appear when tunes from first and second McCartney LPs are played on Spotify, and the "303," rather than 404, message that appears when fans try to load the www.mccartneyiii.com website, where, I suspect, we'll be seeing a lot more soon.

Paul also tweeted these images: three mushrooms (which we posted earlier here) and an image of a McCartney rose - a hybrid variety created in 1996 as a gift to Paul from his record company: 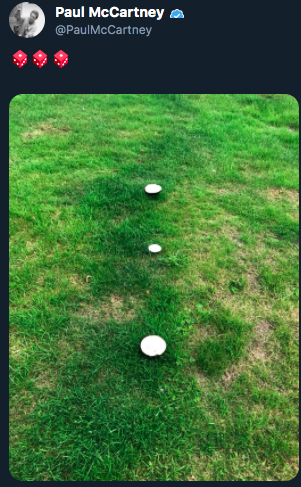 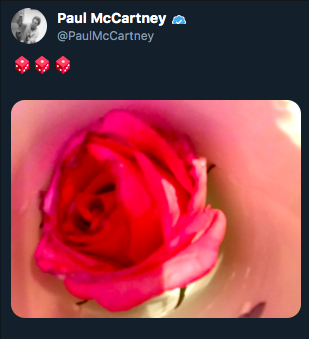 Additionally, some folks have received a set of promotional dice from Universal Music, as seen here: