Vintage Beatles news clippings: Is that John and Paul we hear on the Rolling Stones' "We Love You"?

The first Rollings Stones' single following Mick Jagger and Keith Richards' arrest for drugs possession in February 1967 was "We Love You," which shared "double A-side" credit with "Dandelion."
Listeners at the time detected Beatle-like tones in the background vocals of the first track and rumors surfaced in the music press that John and Paul were on the track. Due to contract regulations - the Beatles and Stones were signed to competing record labels - the collaboration was slyly denied at the time. But in "The Beatles Anthology" book, Paul confirmed that both he and John, indeed, sang on the track.
You can listen to yourself, below, via the Stones' edgy promo film for the song, which comments on the drug bust and the heavy handed treatment Mick and Keith felt that they'd received from the authorities. 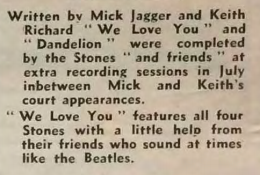 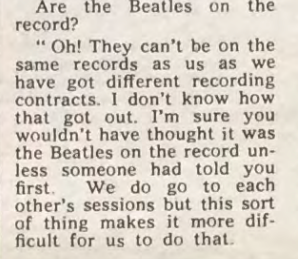 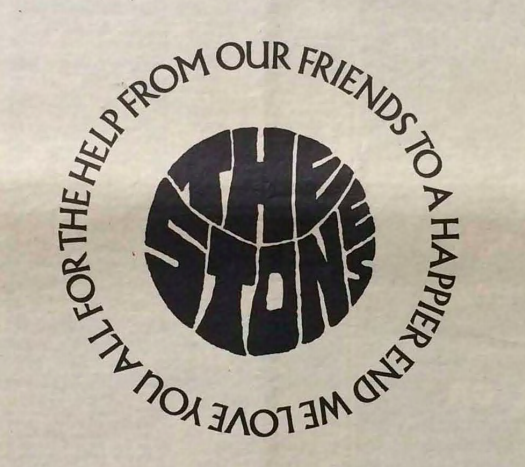 Email ThisBlogThis!Share to TwitterShare to FacebookShare to Pinterest
Labels: Rolling Stones, We Love You