We know that Paul had a custom painted piano designed by the BEV design collective of Douglas Binder, Dudley Edwards and David Vaughan and has toured with a replica of the instrument. But here's a pic of John having his own magic piano painted by members of the Dutch collective, the Fool, who also did the psychedelic mural for the Beatles' Apple Boutique and designed art and clothing for that business.
John's piano eventually ended up in George Harrison's home, Friar Park, as can be seen in the video featured below of George, Paul and Ringo playing there during production of "The Beatles Anthology" video series. 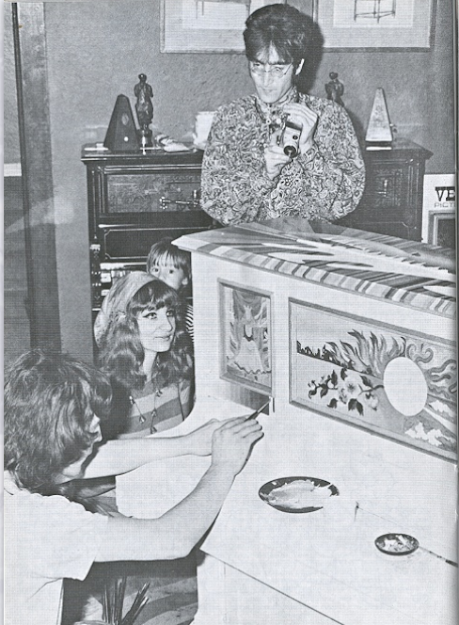 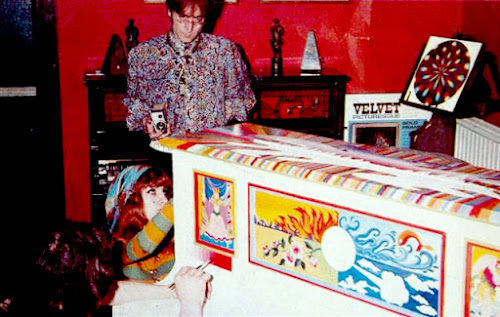 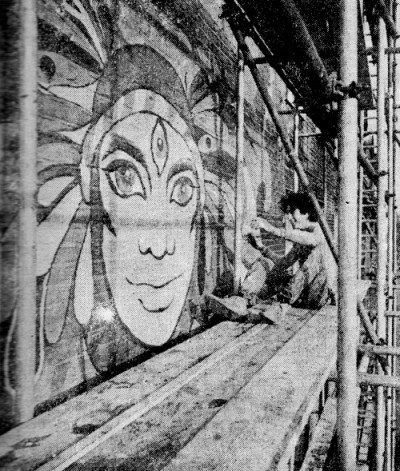 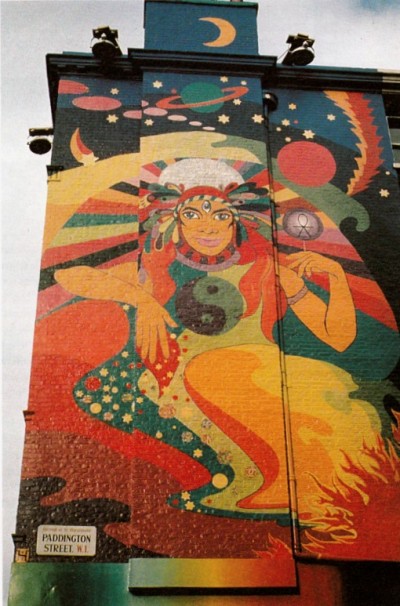 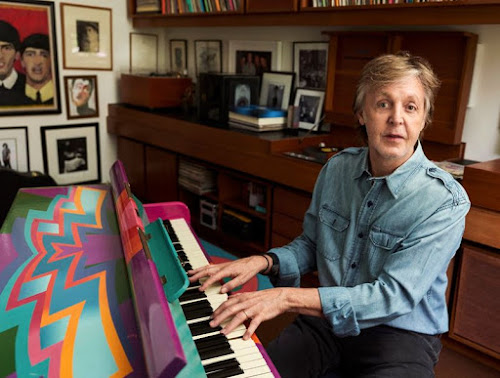 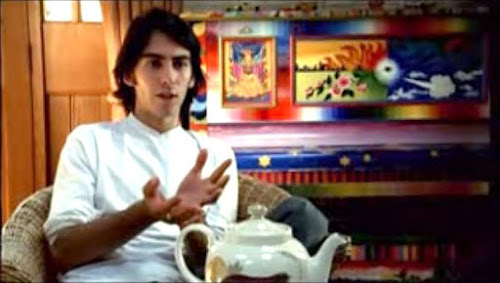 Watch for it in this video of the Threetles playing at George's place:
at September 11, 2020

Email ThisBlogThis!Share to TwitterShare to FacebookShare to Pinterest
Labels: Instruments, The Fool