Coming up: "Prisoners of Love: Inside The Dakota With John Lennon" by Peter Doggett 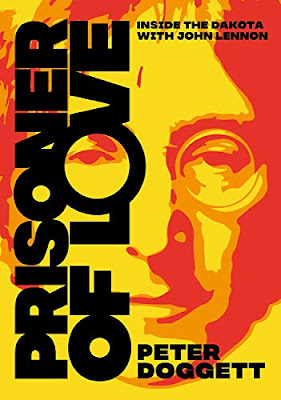 Out in April 2021 by Peter Doggett, author of "You Never Give Me Your Money: The Beatles After the Break-up" and "The Art and Music of John Lennon."

John Lennon’s five-year retirement from the world of music, his brief comeback in 1980, and his brutal murder outside his New York home have become the stuff of legend. But the reality of his daily life during that period has been obscured by the mythology Lennon sold to the press in his final interviews, and which his widow Yoko Ono has maintained to this day.

Acknowledged Beatles expert Peter Doggett is a lifelong fan of Lennon, and the author of The Art And Music Of John Lennon, a detailed commentary on his entire artistic output. Several years ago, a mysterious set of circumstances led him to a room where he was able to read several of the ex-Beatle’s private diaries – never revealed to the public or represented accurately in other books about Lennon. What he learned forced him to confront everything he believed he knew about his hero, and also the profound influence that the musician had wielded over his own life – especially in the wake of Lennon’s death on December 8, 1980.

Prisoner Of Love is both a revelatory account of Lennon’s final years, based on the author’s access to the musician’s personal writings; and also a poignant memoir of a diehard fan who depended on Lennon for his sense of sanity during the darkest years of his life. The book brings together the tortured artist and the bereaved fan, in an account that will touch the heart of everyone who has ever fallen under the spell of this most charismatic of rock icons.