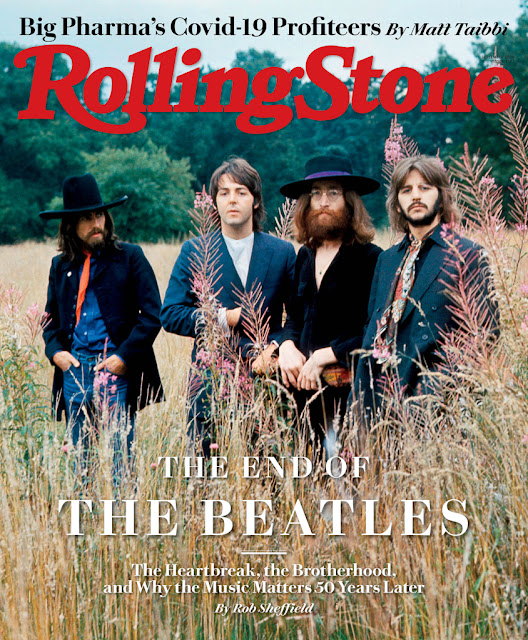 Rob Sheffield, author of the highly recommended book "Dreaming the Beatles," has penned a new cover story for Rolling Stone focused on the band's breakup.

The piece provides a few more hints about what we can expect from director Peter Jackson's "The Beatles Get Back" documentary, which is due out in August 2021 after being delayed nearly a year due to the COVID-19 pandemic.

Get Back will take a different view of the same experience. “These guys, when they’re together, are not the Beatles,” Jackson says. “They’re not the icons that we know. When they’re together, they’re four guys that have known each other since they were 14 or 15 years old. They talk about Hamburg. They chat about the Cavern Club. They just chat about this echo unit they had at the Top Ten Club. They’re not being interviewed. They’re just four guys who have been through this experience.”

That includes the moment when Paul pleads that it’s crazy to break up over Yoko sitting on an amp. When I mention that line, Jackson knows exactly the moment I mean. As it turns out, that conversation — long bootlegged on tape — was captured on camera. “We’ve got all that on film,” Jackson says. “I’ll tell you what, that film is powerful. I was aware of the audio — it’s one thing to hear the dialogue — but seeing the emotion on their faces when they’re having that conversation, it’s very powerful.”

You can read the whole article here.

Email ThisBlogThis!Share to TwitterShare to FacebookShare to Pinterest
Labels: Breakup, The Beatles Get Back (Peter Jackson film)