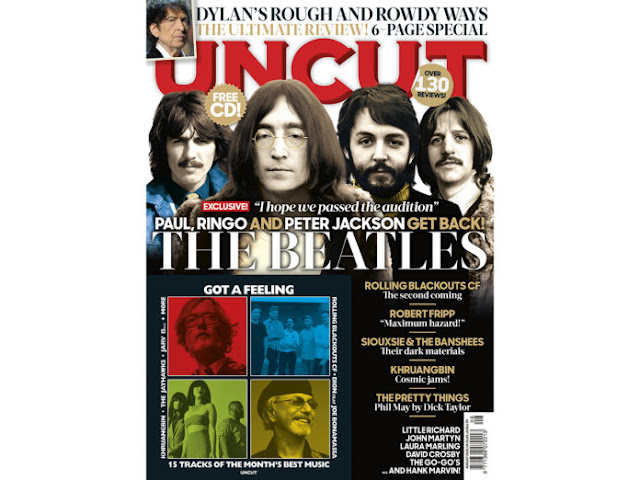 News broke last week that Peter Jackson's documentary about the "Let it Be/Get Back" project, "The Beatles: Get Back" will be delayed until August 2021, but British music mag has a cover story on it this month.


THE BEATLES: As Peter Jackson’s new The Beatles: Get Back film is readied for release, Paul McCartney, Ringo Starr, Michael Lindsay-Hogg, Jackson and more take us behind the scenes of the Fabs’ strangest chapter, the making of the Let It Be album and film. “It was a very difficult time,” remembers McCartney.

Email ThisBlogThis!Share to TwitterShare to FacebookShare to Pinterest
Labels: Let It Be (film), Peter Jackson