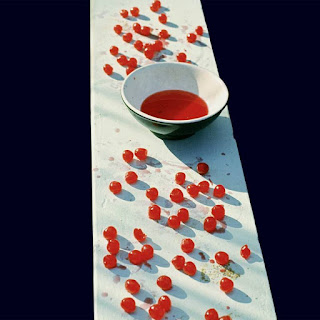 The COVID crisis put the brakes on Record Store Day plans this year. Rather than slate releases on just one, big day, stores now will spread out releases over several different dates, labeled "drops."

The half-speed remaster of Paul's 1970 McCartney album, mentioned previously as a planned RSD release, is slated for release on the first drop, scheduled for Aug. 29.

A remastered release of John Lennon's "Instant Karma" single and a vinyl release of the Ravi Shankar-George Harrison album Chants of India also will be released Aug. 29 as part of the drop.

This is the description for the McCartney remaster:

One of the greatest solo debuts in rock history, Paul McCartney's McCartney, will receive a special 50th anniversary release in a limited-edition half-speed mastered vinyl pressing for Record Store Day.

Originally released in April 1970, one month before The Beatles’ swansong Let It Be, McCartney saw Paul getting back to basics. Writing every song and playing every instrument (with backing vocals from Linda McCartney), the eponymous album represented a creative rebirth, bursting with new ideas, experiments, playfulness and freedom.

Sonically, McCartney's bare-bones home recording aesthetic imbued the album with an authentic lo-fi spirit, a much sought after sound that continues to retain a contemporary edge 50 years on. The 50th anniversary Record Store Day limited edition of McCartney was pressed from a master cut by Miles Showell at half speed using the original 1970 master tapes at Abbey Road Studios. It was made as a vinyl specific transfer in high resolution and without digital peak limiting for the best possible reproduction.