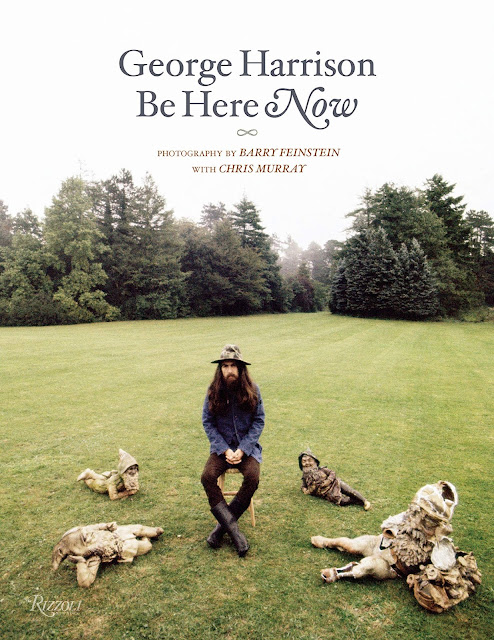 This is listed at Amazon. Perhaps a tie-in to an as-yet-unannounced 50th anniversary of the All Things Must Pass album?

The 209-page hardcover is published by Rizolli and due out Sept. 29. You can pre-order it here.


Never-before-seen candids and ephemera of "the quiet Beatle" during his meteoric solo career, as captured by his friend and famed photographer Barry Feinstein.On hand from 1970 to 1972 for Harrison's blockbuster "Triple Crown"--the release of All Things Must Pass; The Concert for Bangladesh; and Living in the Material World, which helped make Harrison the best-selling post-breakup Beatle, Barry became good friends with George during the three-plus years they worked together. Feinstein captured George Harrison at home, in his garden, onstage, and in the studio. Nearly all the images are previously unpublished.The book contains never-before-seen ephemera related to these seminal releases during George's most richly creative time post-Beatles, including handwritten letters talking about album ideas, album-coverthoughts, and putting together the Concert for Bangladesh. This collection also features beloved performers that George convened for that Concert for Bangladesh--where Barry was the only sanctioned photographer onstage--including George's friends Bob Dylan, Ravi Shankar, Eric Clapton, Ringo Starr, Leon Russell, and Billy Preston.The book coincides with the fiftieth anniversary of All Things Must Pass. George Harrison: Be Here Now is a deeper visual dive that the significantly large and passionate Beatles/George Harrison fandom will want to add to their collection.