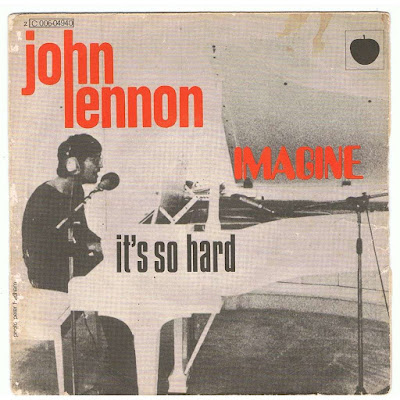 Billboard reports that "Imagine," released by John Lennon nearly 50 years ago, is now Number 16 on its "Hot Rock Song" thanks a cover of the tune by Wonder Woman actress Gal Gadot and other stars who are self-isolating due to the COVID-19 pandemic.

Nielsen Music/MRC Data. (As with the Billboard Hot 100, older songs are allowed to enter the 50-position Hot Rock Songs chart if ranking in the top half and have a meaningful reason for their returns.)“Imagine” concurrently returns to the Rock Digital Song Sales chart for the first time since December 2015, at No. 13.

The song’s latest bump in sales and streams was spurred by a video, posted March 19, that was helmed by Gal Gadot and features a variety of other celebrities singing the song, including Jimmy Fallon, John Mayer, Natalie Portman, Sarah Silverman and Sia (who shows her face), with its intention to boost morale during the COVID-19 outbreak.