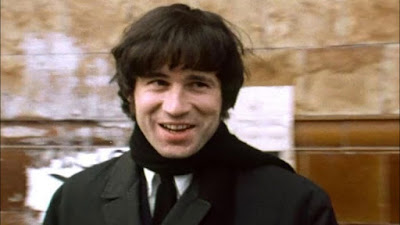 Today brings the sad news that musician Neil Innes has passed away at age 75.

Beatles fans will know him as Ron Nasty of the Beatles send-up band, the wonderful Rutles, but his Fab ties stretch further back than that.

Innes also was a member of the Bonzo Dog Doo-Dah Band, which appeared in the "Magical Mystery Tour" film, and whose 1968 single "I'm the Urban Spaceman" was co-produced by Paul McCartney under the pseudonym of Apollo C. Vermouth.

As member of the Bonzos, Innes developed ties to the fledgling Monty Python's Flying Circus comedy troupe, members of which appeared along with the Bonzos on the TV program "Do Not Adjust Your Set." Innes wrote and co-wrote a number of musical numbers for the Pythons, including tunes featured in "Monty Python and the Holy Grail."

The Rutles were co-created by Python Eric Idle and Innes and first appeared on their TV series, "Rutland Weekend Television," which ran two seasons in 1975 and 1976. Videos featuring the band were aired in the U.S. when Idle hosted "Saturday Night Live" in 1977.

SNL's Lorne Michaels produced the TV film, "All You Need is Cash," a mock documentary of the band, in 1978. George Harrison appeared in the film, heavily disguised, as a TV interviewer. Mick Jagger, John Belushi, Dan Ackroyd, Paul Simon and others also appeared in the film, which closely and hilariously mimicked the trajectory of the Beatles' career. John Lennon reportedly was a huge fan of the film and Innes' Beatles song parodies. Paul McCartney not so much.

Innes released several albums under his own name and was the driving force for the Rutles recorded output, which included a soundtrack to the TV movie and the 1996 album, Archaeology, released a spoof of the Beatles' Anthology albums.

Here's Neil with the Bonzos, and with the Rutles: