The BBC has an interview with Paul McCartney about his newly released children's book, "Hey Grandude," which was inspired by spending time with his own grandchildren.

"And he has this magic compass so when he rubs that you can go anywhere."
The book's fictional family take off on a whirlwind magical mystery tour. They ride horses with a cowboy in the desert, face an army of crabs on a tropical beach and dodge an avalanche while having a picnic up a mountain.

"Grandude isn't supposed to be me," McCartney is keen to clarify. "Because he's magic and I'm not." 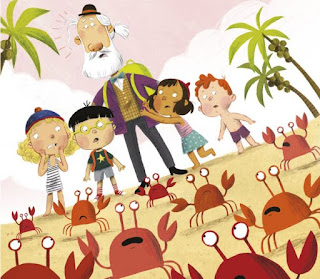