The New York Times reviews "Only Yesterday," a new play that focuses on the friendship of John and Paul and the night they stayed up all night talking as the Beatles waiting out Hurricane Dora while on tour in Florida in 1964.


Although fans of the Beatles will undoubtedly find themselves in nostalgic bliss, those less versed in the Fab Four don’t need to know their “Abbey Road” from their “Sgt. Pepper’s” to be delighted by the elegant storytelling and sensitive performances. 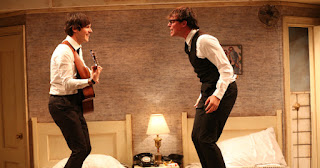 ----
Ringo is a "leaver" in Britain's debate over whether to leave the European Union, but Paul views the Brexit vote as a mistake, he told the BBC this week.


Reflecting on the 2016 Brexit vote, Sir Paul said the arguments made during the campaign had been "all crazy promises".

"What put me off was that I was meeting a lot of older people, kind of pretty much my generation.

"And they were going, 'All right Paul - it's going to be like it was in the old days, we're going to go back.' And it was like, 'Yeah? Oh, I'm not sure about that.' And that attitude was very prevalent.

"I vote for someone I believe in and so often there's nobody I believe in. I have to get a bit inspired. At the moment I'm not really inspired."

An academic conference on the 50th anniversary of Abbey Road is set for the University of Rochester's Eastman School of Music later this month.

Presenters include audio engineer Ken Townsend, who worked on several Beatles albums, including Rubber Soul, Revolver, and Sgt. Pepper’s Lonely Hearts Club Band; Andy Babiuk, a consultant to the Rock and Roll Hall of Fame and author of Beatles Gear: All the Fab Four’s Instruments from Stage to Studio; Walter Everett, a professor of music theory at the University of Michigan and author of The Beatles as Musicians; and Kenneth Womack and Katie Kapurch, literary scholars and coeditors of New Critical Perspectives on the Beatles: Things We Said Today. 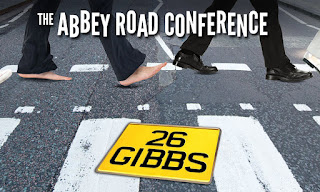 ----
Here's some rare video of George in India in 1968 recording the "Wonder Wall" soundtrack with Indian musicians. 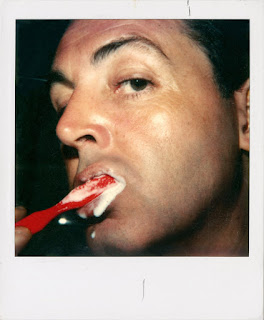