We all knew it was coming of course, but we finally have an actual Beatle talking about the 50th anniversary Abbey Road release(s). Official details on the set are expected very soon. Something New, the Beatlefan blog, recently posted some unconfirmed details about the box set contents here.

...he's acknowledged that the Beatles will be releasing an Abbey Road boxed set to celebrate that album's 50th anniversary.

"I've loved all the re-releases because of the remastering, and you can hear the drums, which got dialed down in the old days," Starr says. "I get a bit fed up, personally, with all those, like, Take 9 or Take 3, the odd takes that we didn't put out, but that's part of the box set and you have to do stuff like that. But I've always just listened to the record itself, what we put out in the 60s or 1970, and it's brighter. It's amazing with Beatles music; We have a billion streams a year now, and every generation still has a listen to us. Far out." 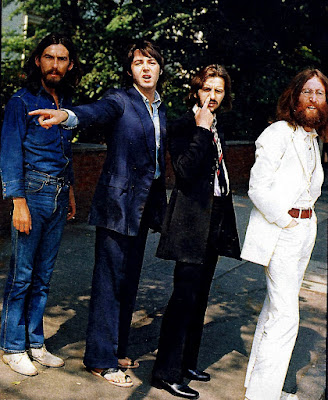