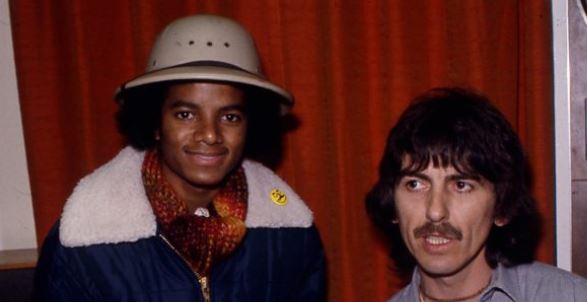 BBC Radio will broadcast a 1979 interview featuring George with Michael Jackson on Feb. 9. You'll be able to stream it here shortly after the live broadcast.

According to the NME:

"When George Met Michael" will find Jackson explaining how Motown refused to let him write his own songs and Harrison talking about being in the songwriting shadow of his bandmates John Lennon and Paul McCartney.


The musicians appeared on BBC Radio 1 in 1979 to review new releases from the likes of Foreigner, Nicolette Larson, and The Blues Brothers, and to share some of the stories behind their own songs.

The recording was discarded at the time, with only a short clip kept by the BBC. However, another recording of it has been found and restored, with snippets of it due to be broadcast this weekend.
at February 07, 2019