Many of the Beatles groundbreaking innovations in the recording studio were aided and abetted by legendary recording engineer Geoff Emerick, who died of an apparent heart attack Oct. 2 at age 72.

Emerick started his career at age 15 as an assistant engineer in EMI's Abbey Road recording studio in London. He started working with the Beatles in 1963, during sessions for the band's second LP. He became lead engineer on most of the group's sessions starting with Revolver in 1966.

Emerick's technical knowledge of recording and sound equipment coupled with his willingness to experiment made him a key collaborator with the band and its producer George Martin during the Beatles' most inventive and adventurous period.

He later worked on numerous Paul McCartney solo albums, plus releases by Elvis Costello, Badfinger, the Zombies, Cheap Trick, Kate Bush and others.

He published a worthwhile but flawed memoir in 2006, "Here, There, and Everywhere: My Life Recording the Music of The Beatles." While the book contains information about the Beatles' recording techniques and sessions, it's dismissive of Ringo, nasty about George and tends to elevate Paul's contributions of John's, while also tending to elevate Emerick's own contributions over those of George Martin. Still worth a look, though.

The Guardian and Variety have published obituaries. A number of tributes from members of the Beatles camp have appeared online, too, including the following: 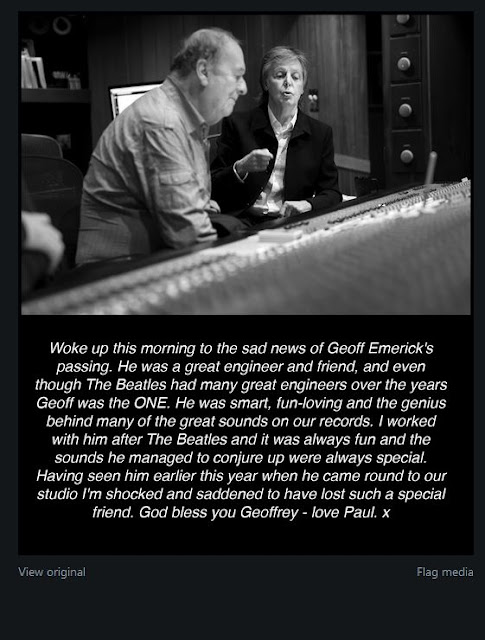 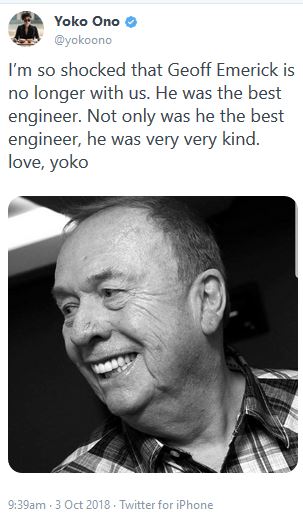 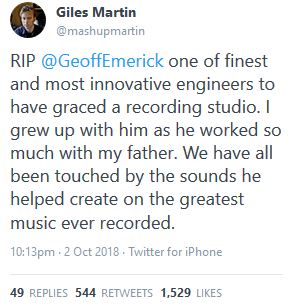 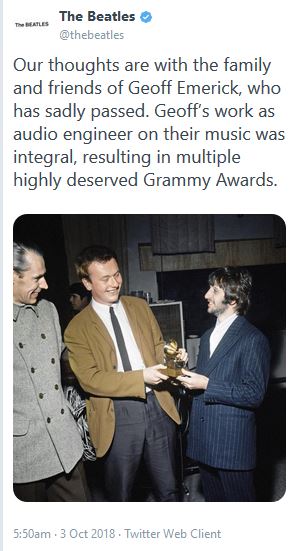