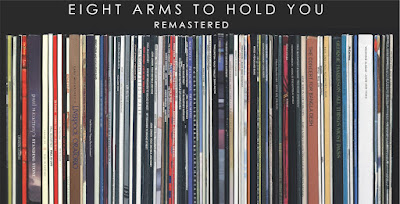 Chip Madinger and Mark Easter will release an updated, digital version of their essential Beatles solo years reference, "Eight Arms to Hold You," on Aug. 1. The cost for the download is $19.99.

Here are the details:


Mark and I are very pleased to announce that a "remastered" edition of Eight Arms To Hold You will be available via digital download on August 1st, 2018. There have been countless requests for a revised edition and used copies sell for inflated amounts on the secondhand market (as many of you may have experienced). With that in mind, Mark and I thought that the time was right - after all, it has been nearly 18 years. Knowing that, we’ve decided to make the original available again digitally since there is still a demand for it, and feel it is important to have our work “out there” in the brave new world of book distribution, at a fair price.

Here is where it gets exciting. What began as a cleaned up version - fixing a few big mistakes, misspellings and punctuation errors has turned into 20,000 or so new words - however, to keep the indexing in order, we removed roughly the same amount of old and incorrect words! "Eight Arms" still only covers up through 2000, but we've applied another 18 years of research to the existing manuscript - a true case of "If we knew then, what we know now."

So welcome back to the year 2000 - the year before the world changed in many ways. A new millennium: the world is relieved that computers still operated on January 1st, one can still travel through an airport with relatively few headaches, the St. Louis Rams win Super Bowl XXXIV, and the Beatles issue 1, a collection of their thirty-plus-year-old US and UK #1 singles which would end up becoming the best-selling album of the coming decade.

For the purposes of Eight Arms To Hold You, the book we issue in October of that year, it means George Harrison is still with us, Paul McCartney hasn’t yet married Heather Mills, Ringo still maintains a revolving door for members of his All-Starr Band, CDs are still king of the music industry, not everyone has a recording studio on their computer... among several other soon-to-change facts.

2000 is exactly where we leave Eight Arms in its newfangled digital form. We’re obviously aware that much has occurred in the world of the solo Beatles since its original publication. We have not added entries for things that have been released since the book was first published in 2000, and we're sure that several of the existing mistakes are still lurking. What's new is a more focused and detailed description for the original entries in the book and a lot of exciting new facts.

While revisiting Eight Arms To Hold You for the first time in nearly 20 years after writing and publication, we found a book that, while flawed and almost 20 years out of date, still holds up extremely well - as it examines the four solo Beatles from 1966 through 2000, the most artistically and commercially significant periods of their careers. We hope those who already own a copy of the physical book and those who are reading this for the first time on a favorite electronic device also find it as engaging a read as we tried to make it way back in the olden days when reading required arm strength, turning pages and using bookmarks. Enjoy!

You may order your own digital copy of Eight Arms To Hold You here. Copies will be distributed as a secured .pdf file on August 1st, 2018.