Out in June from Fantagraphics Books. Order from Amazon now.

Critically acclaimed cartoonist Carol Tyler recreates the exhilaration and excitement of Beatlemania at its height in 1965, her personal obsession with the Beatles, and her odyssey that leads her to the famous Beatles Chicago concert later that year. Told in the voice of its 13-year-old author, Fab 4 Mania is a facsimile of the diary that she kept throughout 1965, and is brimming with rich period details, humor, and insight. It’s a look into the life of a teenager from a working-class family whose love of music awakens her senses and opens her up to the world beyond that of small-town Fox Lake, Illinois. It is also about the Beatles, as seen through the eyes of a young, giddy teenager and a reflective, adult artist, and the joy the band gives. 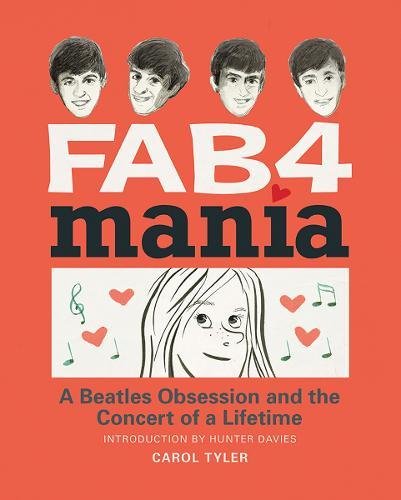