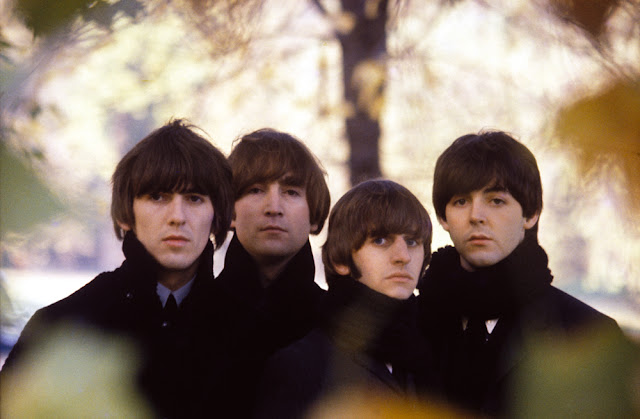 From Disc Weekly, Nov. 4: Paul runs down the songs on the Beatles' latest LP.

We got 14 tracks in to the record, which is about as much as you can fit in. We're pleased about this because we don't like to give short measure and we felt a bit bad about  the Hard Day's Night album only having 13 numbers.

We think there are some interesting sounds on the LP.

No Reply: John sings this one and I do the vocal harmony. We tried to give it different moods, staring off quietly with a sort of vaguely bossa nova tempo, building up to a straight beat crescendo in the middle, and then tailing off quietly again .

I'm a Loser: I reckon the best way to describe this one is a folk song gone pop. John and I both sing, but John does most of it. He also plays some nice harmonicas, too.

Baby's in Black: I better explain what John and I meant by this title, hadn't I? The story is about a girl who's wearing black because the bloke she does has gone away forever. The feller singing the song facies her, too but he's getting nowhere We wrote it originally in a waltz style , but it finished as a mixture of waltz and beat.

Rock'n'Roll Music: This is an old Chuck Berry thing which we used to do at the Cavern and we've tried for that old-type clipped down-in-the-valley echo on it. There's some piano going, too. George Martin, John and I on the keyboard all at once.

I'll Follow the Sun: John and I wrote this one some while ago, but we changed the middle eight bars before we actually recorded it. John and I sing it, and Ringo played the top of a packing case instead of his drums this time. Just for a change, you know.

Mister Moonlight: This is the second one we didn't write. It was originally the B-side of Dr. Feelgood and one of the numbers we played at the Cavern. I play a bit of organ solo in the background, and John and I do the singing. Ringo got hold of a horn-shaped sort of conga drum for this with good effect.

Kansas City: Another old Cavern thing of ours, which we've been asked to record. I mean, it's one we used to play there, not one we wrote. I do most of the singing this time and some piano playing, and John and George join in on the vocal bit. 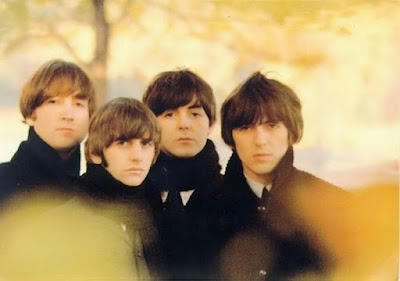 Eight Days a Week: I got the title for this one when I was being driven over to visit John. The chauffeur was talking away to me, saying how hard his boss worked the staff, so hard they seemed to do eight days a week. W've altered the plot a bit for the song of course. The bloke loves the girl for eight days a week. John and I do the singing.

Words of Love: This isn't ours. It's an old Buddy Holly specialty which we used to do again at the Cavern. There was a fabulous guitar bit on the Holly disc, sounding almost like bells. George took the same riff and double-tracked it, and sounds as good.

Honey Don't: We didn't write this one, either. It's Ringo's solo piece, a simple and sweet piece which he handles as well vocally as he does his drum kit. Yes, he's singing! Again it's another Cavern item of ours, only John used to sing it in those days.

Every Little Thing: John and I got this one written in Atlantic City during our last tour of the States. John does the guitar riff for this one, and George is on acoustic. Ringo bashes some timpani drums for the big noise you'll hear.

I Don't Want to Spoil the Party: We went after a real country and western flavor when we wrote this one. John and I do the singing in that style and George takes a real country solo on the guitar.

What You're Doing: We wrote this one in Atlantic City like "Every Little Thing." It's not that Atlantic City is particularly inspiring, it's just that we happened to have a day off the tour there. Ringo does a nice bit of drumming decoration in the introduction and I double track on the vocal as well as playing some piano.

Everybody's Trying to Be My Baby: This is another Cavern thing, an old Carl Perkins number. We've got that clipped tape echo effect for it again. It's a swinging end to the album, and George has a good solo again.

Email ThisBlogThis!Share to TwitterShare to FacebookShare to Pinterest
Labels: Beatles for Sale