You can order the Beatles collection from Amazon now.

The 4 Complete Ed Sullivan Shows Starring The Beatles collects the four entire episodes ofThe Ed Sullivan Show with history-making performances by The Beatles on two DVDs. On February 9, 1964, The Beatles stepped onto Ed Sullivan’s stage to make their U.S. TV debut. 73 million Americans tuned in and “Beatlemania” exploded. In these unforgettable live shows from 1964 and 1965, The Beatles performed 20 songs, including the Number One hits ‘She Loves You,’ ‘I Want To Hold Your Hand,’ ‘Ticket To Ride,’ ‘Yesterday,’ ‘Help!,’ ‘I Saw Her Standing There,’ and ‘All My Loving.’

According to a news release, the shows are "newly upgraded from standard definition (720x480, 4x3) to high definition video (1920x1080, 16x9) and digitally enhanced for image clarity and stabilization." 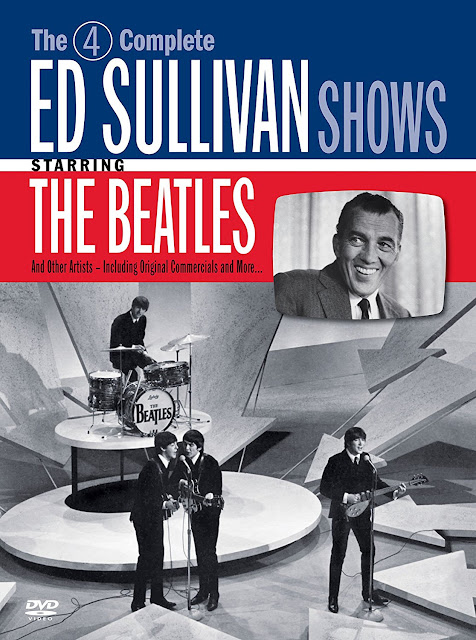