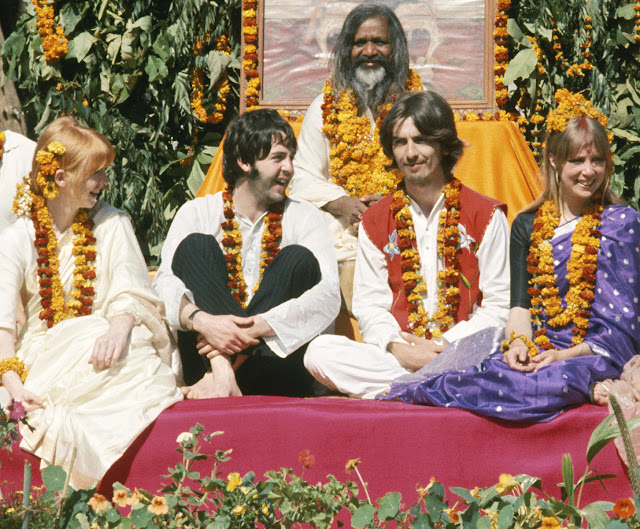 An exhibit opening Feb. 16 at Liverpool's Beatles Story attraction will celebrate the 50th anniversary of the band's visit to India to study Transcendental Meditation.

A sitar used by the legendary Ravi Shankar will go onto display within the new immersive area, loaned to The Beatles Story by the Ravi Shankar Foundation.
The exhibit will also include photography from Paul Saltzman, a sound engineer for the National Film Board of Canada at the time, who photographed The Beatles during their stay.

...Pattie Boyd, former wife to George Harrison, and her sister Jenny Boyd, who were amongst the star-studded list of attendees in India, will be providing their personal insight into the time.

Meanwhile, in the actual India, an anniversary yoga fest will take place on the grounds of the ashram where the Beatles studies TM with the Maharishi Mahesh Yogi back in 1968.

The three-day The Beatles Festival from March 5 will be held at Chaurasi Kutiya, once the ashram of Maharishi Mahesh Yogi and now turned into a tourist spot by the government. Rock bands and other musicians are expected to perform at the festival.

It has been decided that the entry fee at the International Yoga Festival, the annual event of the state government from March 1 to 7, will be reduced to Rs 300 from Rs 600 for foreigners and to Rs 100 from Rs 150 for Indians during the three days of The Beatles event.

Paul McCartney is backing a proposed law to protect music venues from closure.

In a statement, Sir Paul said: “Without the grassroots clubs, pubs and music venues my career could have been very different.”

...“If we don’t support music at this level, then the future of music in general is in danger.”