The late Beatle's very simple doodle of the overweight bird on a perch was actually designed for his novel 'A Spaniard in the Works' - a book containing nonsensical stories and drawings by him.

But after it was published Oxfam asked permission to use his primitive bird sketch for its charity Christmas cards of the same year.

The work was entitled 'The Fat Budgie' by Lennon, but because of its rotund shape it looks like a robin which made it perfect for the front of a Christmas card.

The original pen and ink drawing, which is 8ins by 10ins, was gifted by Lennon to Tom Maschler, a British literary editor who worked on his book. 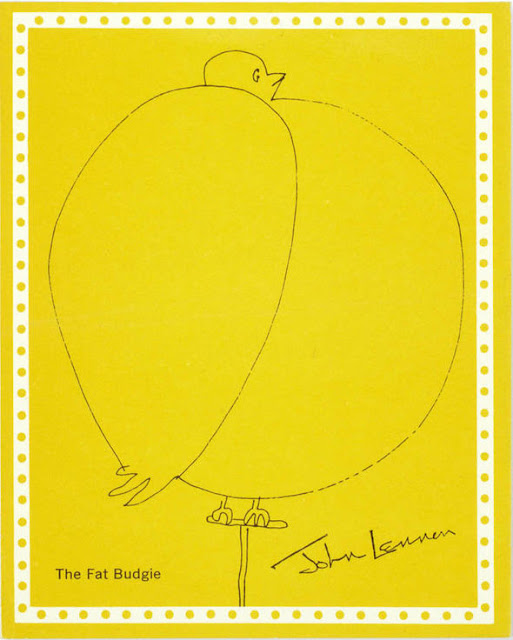