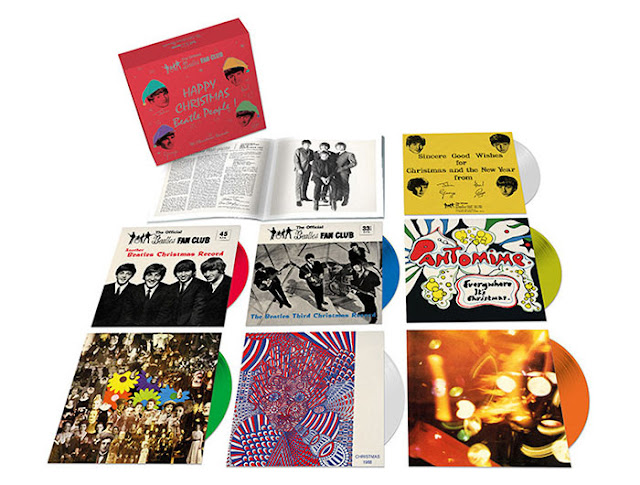 After leaking out via the Steve Hoffman Music Forums earlier this week, here again is the promotional video for the box set release of the Beatles' Christmas messages along with all the details of the release.

The "limited edition" release is available for $72.98 via the official Beatles site (link below).

Also available at the official site is a Sgt. Pepper picture disk and the Sgt. Pepper 2017 remixed LP on  a single vinyl LP.