The Beatles' hairdresser during the late 1960s, Leslie Cavendish, has a new book out. Here's an interview from The Daily Express.

“There’s one headline that reads ‘Barber who made Paul a skinhead’ and I had to trace it back in my head to late 1966 when he was going on safari with Jane.

"He’d got his Beatles mop cut and was worried he’d be recognised everywhere on holiday so I told him that we’d have to disguise him by cutting it all off. 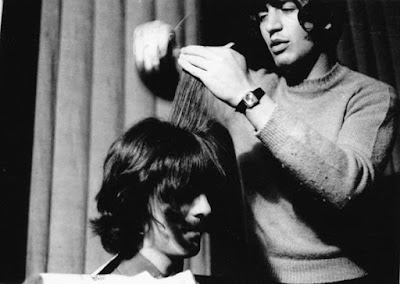 Billy Hatton, bassist of Liverpool's the Fourmost, passed away this week, The Guardian reports. Hatton's band was the second group after the Beatles signed to Brian Epstein's NEMS roster.

Their first hits, Hello Little Girl and I’m In Love, released later that year, were produced by George Martin and written by John Lennon and Paul McCartney. Hatton’s relationship with Lennon was strained, however, as he had stopped the Beatle from beating up the Cavern Club’s DJ Bob Wooler at Paul McCartney’s 21st birthday party. “Lennon deserved a smack, no doubt about that,” Hatton said, “but someone shouted out: ‘Billy, if you hit him, your career will be over!’”

Hatton is on the right, below. 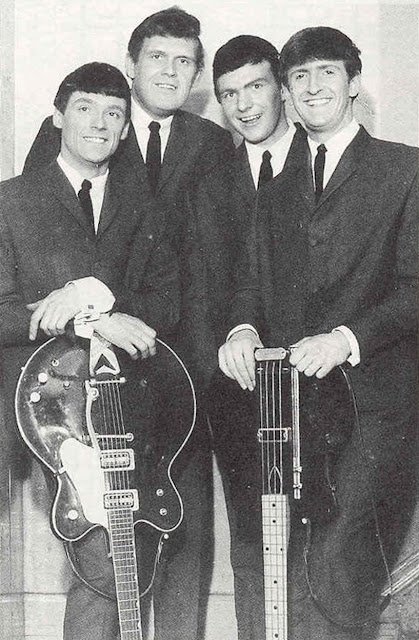 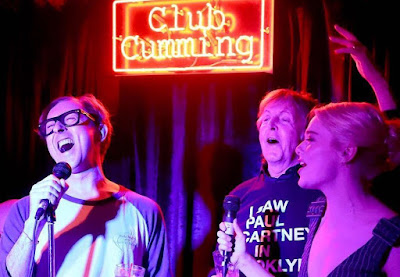 German synth-pop Kraftwerk are now more influential than the Beatles, per this LA Weekly article.

If you think I’m off base, try this: Put on any damn pop station (and I’m not talking about college radio or Sirius specialty channels, I’m talking about freaking hear-it-in-the-gym, drunk-people-sticking-their-head-through-the-top-of-the-rented-limo pop radio): Nearly every song bears the imprint of Kraftwerk’s invention.

Marleybone Town Hall in London will re-open for weddings in early 2018, according to Richard Porter. It is site to several Beatles weddings, including Paul and Linda, Ringo and Barbara and Paul and Nancy.