Former BBC announcer Brian Matthew and foil to the Beatles during their early days died April 8 at age 88, four days after his former network mistakenly reported his passing.

Matthew can be heard joking with the Beatles during many of their BBC session recordings. He also interacted with numerous other musicians, such as the Who, the Kinks, Rolling Stones, Jimi Hendrix and more during his time on the air.

Matthew was the host of "Saturday Club" starting in 1957 and "Sounds of the Sixties" from 1990. The BBC dismissed him from the latter job earlier this year. During his time with the BBC, Matthew also hosted the network's 12-part "The Beatles Story" documentary produced in 1973 and was host of the "Thank Your Lucky Stars" TV program on ITV from 1961 to 1966.

Radio Times has a feature on Matthew's career here. 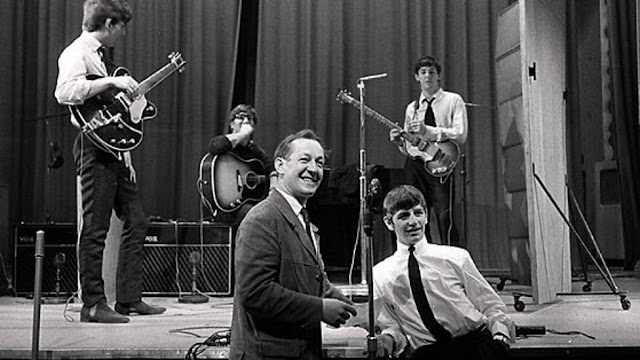