In the wake of the Beatles' top-charting success in 1963, the Daily Express did a series of features on "The Liverpool Sound," interviewing members of various Merseyside bands.

One of these was the Mojos, which featured Stu James (real name Stuart Slater) on lead vocals. Yet, in the Express story, the singer is identified as Stuart Sutcliffe.

Surely, this is due to some confusion on the reporter's part. Yet, it's spooky to see the name of the Beatles' late bassist mentioned this way in a story about the fame the group brought to their hometown.

You can see the Sutcliffe reference in the second clipping below. 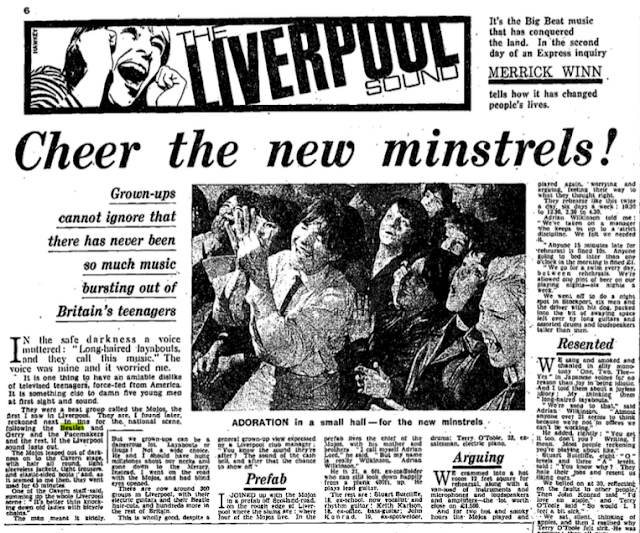