Catching up from last month ... 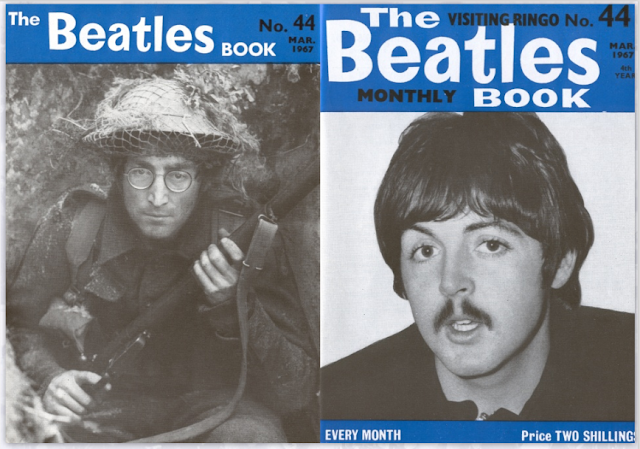 The March 1967 issue of the Beatles' official fan magazine catches fans up on the release of the "Penny Lane/Strawberry Fields Forever" and reached readers during the height of the Sgt. Pepper recording sessions.

Some of the pictures in this issue feature fake facial hair penciled in on older pictures of George and Paul to reflect their current look when the issue was released. 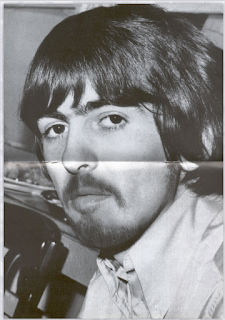 In his column, Beatles' assistant Neil Aspinall provides inside information on the new single tracks. 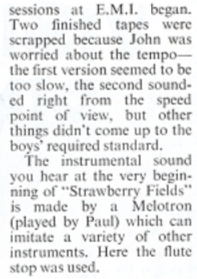 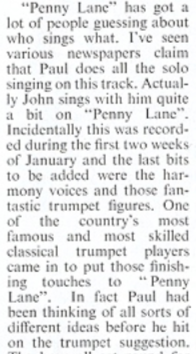 As you can see from this fan letter, not everyone was crazy about the Beatles' whiskers. 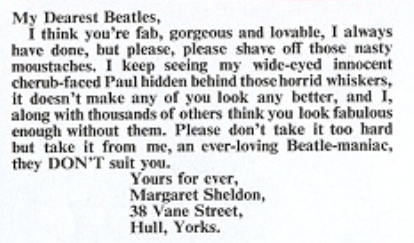 The issue also includes a visit to Ringo's house in Weybridge. 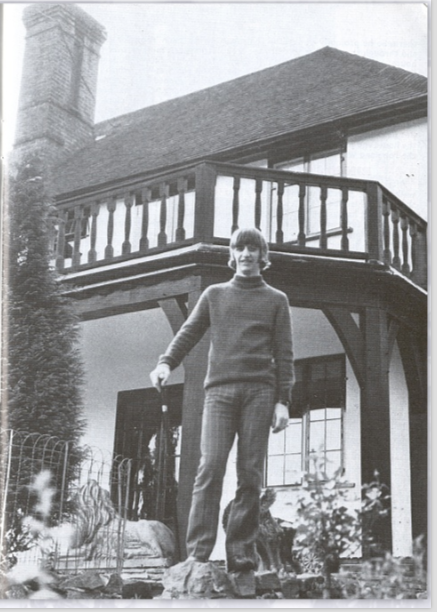 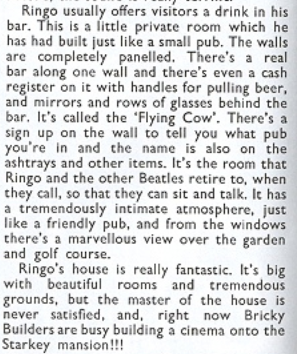 In interview transcripts, John and Paul discuss writing the new single and plans for a Sgt. Pepper TV special, which was ultimately scrapped, though the band picked up the idea again for Magical Mystery Tour. 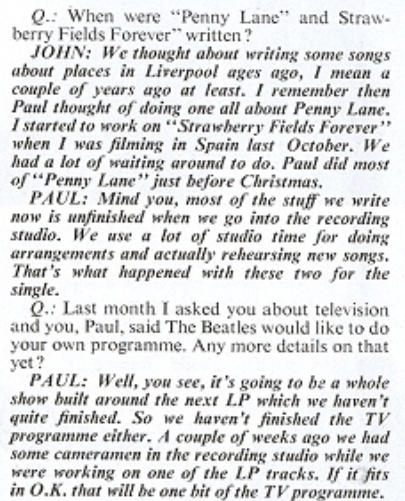 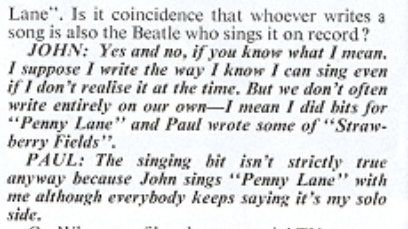 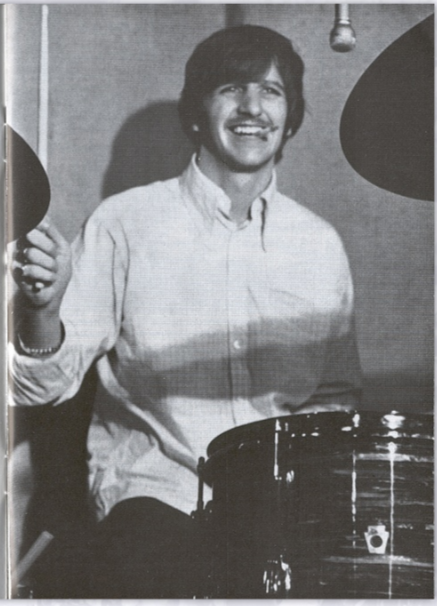