Olivia Harrison discusses updated edition of George's memoir, "I, Me, Mine"

Rolling Stone caught up with Olivia Harrison, Ringo Starr and others at a Los Angeles event celebrating George Harrison and the new edition of his memoir/lyrics collection "I, Me, Mine."


"The lyrics were all over the house," she says. One piano bench used regularly by keyboardist Billy Preston during visits to George's home studio was filled with 20 years of work, and one desk was loaded with lyrics and Polaroid photos just from 1973. "It was pretty much a revelation. There would be spiral-bound notebooks. Some of them would go back to the Sixties. Others would be around the [Traveling] Wilburys time. Some were in the Eighties."

The book includes a handful of lyrics never recorded, including something from the early Seventies called "Hey Ringo," which includes the line: "Hey Ringo, there's one thing that I've not said/I'll play my guitar with you till I drop dead." 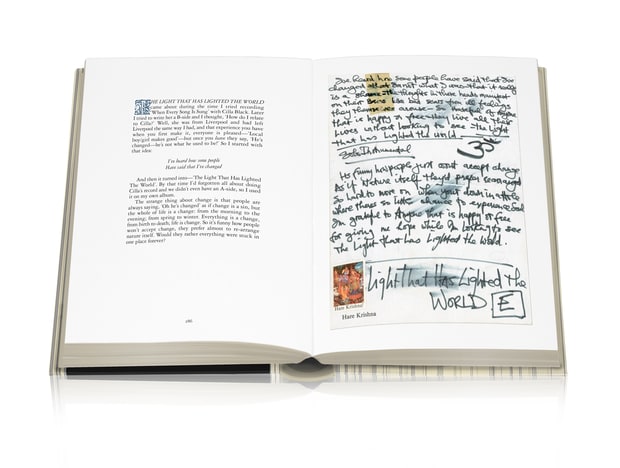 Email ThisBlogThis!Share to TwitterShare to FacebookShare to Pinterest
Labels: Hey Ringo (song), I Me Mine (book)