A newspaper photo featuring Beatles autographs forged by John Lennon is up for auction.


The signature for McCartney resembles nothing like his autograph but Lennon's attempt to copy the impressions of Harrison and Starr were described as 'rather good'.

But because they were faked by Lennon they are still worth about the same as if all four had signed them. 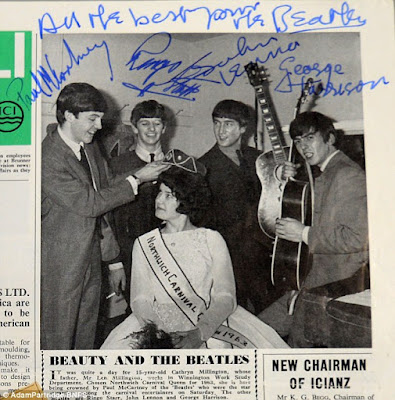 Email ThisBlogThis!Share to TwitterShare to FacebookShare to Pinterest
Labels: autographs