The Pepsi-machine-shaped transistor radio is familiar to anyone who's seen Albert and David Maysles' great documentary about the Beatles first visit to the U.S.

In the film, there are various scenes of the band, particularly of Paul McCartney, listening to American radio for the first time via a radio shaped like a Pepsi vending machine.

The story is that there were four of these radios awaiting the Beatles when they checked into their hotel suite. The band can be seen in the Maysles' film listening to one of them while traveling around New York via limousine. The band all gets a kick out of hearing their own music - and the antic announcements of New York's over-the-top DJs - over the air.

Here's what one of the radios looks like up close. 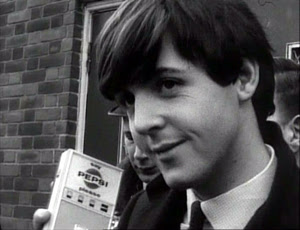 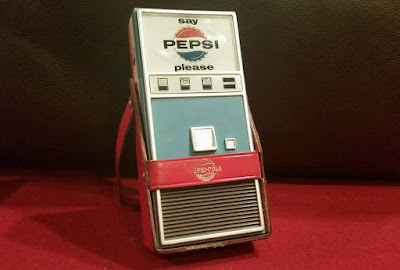 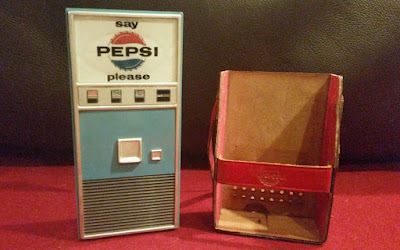 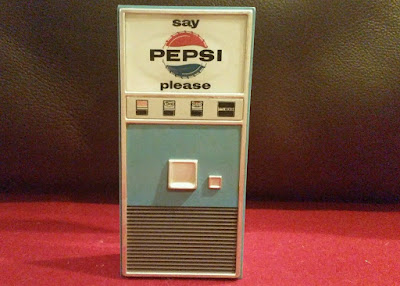 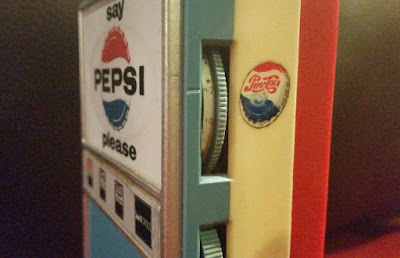 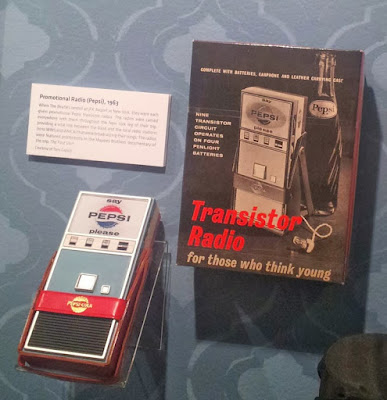