Brian Matthew, who can be heard bantering with the Beatles on several tracks of the band's officially released BBC recordings, has been dismissed from the British broadcaster's long-running "Sounds of the 60s" program.

The Beeb said the decision to remove Matthew was a mutual one. Matthew, on the other hand, says "that's absolute balderdash."

Matthew had been off the air for several weeks after recovering from a fall. The BBC said those health issues signaled that now was “the right time for him to step off the weekly treadmill of presenting the show.”


"I was ready and willing and able to go back, and they’ve just said they are going to put the programme in the hands of other people.

“I didn’t really have much in the way of ill health. I had a collapse at home at the bottom of our stairs, and my wife called the ambulance service. They came and examined me and said it was a matter for appraisal at the hospital. They put me on a ward, I stayed there for a while and now I’m back at home.

“I enjoyed doing the show very much indeed. I did it for 25 years. I feel very disconcerted, I must say. I do admit I’m a bit of an antique, but that’s never seemed to matter until now.”


In many ways, Matthew was the sound of the 1960s. He joined the BBC in 1954, becoming host of "Saturday Club" and "Easy Beat." He also hosted ITV's "Thank Your Lucky Stars." He played host to countless stars, over the year. Along with the Beatles, you can hear his voice on BBC sessions featuring the Who, Rolling Stones, Jimi Hendrix, Led Zeppelin and more.

You can listen to some of his interviews here. 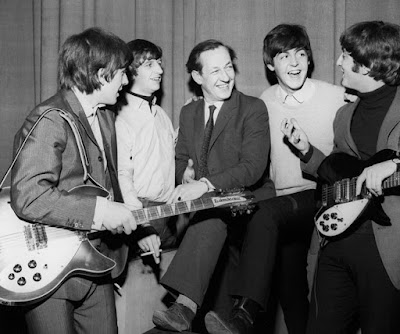