British writer Steve Turner has penned several excellent books about the Beatles, including "A Hard Day's Write: The Stories Behind Every Beatles Song" and the "The Gospel According to the Beatles."

His latest, "Beatles '66," is out this week from Ecco, and is a month-by-month examination of the band's activities during that eventful year. It's a fun and informative read for anyone interested in Beatles history. You can see my review of it in the latest issue of Beatlefan magazine.

Here, Turner discusses the book and some of the new information he's turned up:


What are some of the events or aspects of 1966 that made it such a transitional year for the Beatles?

The big events that made it an important transitional year are the end of touring, the commitment to the studio as the place they’d work out the second half of 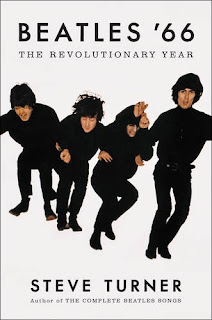 their career, the involvement with aspects of the avant garde and the so-called ‘underground,’ the swift visit to India en route from Manila, George’s study under Ravi Shankar, the solo projects of Paul (Family Way soundtrack) and John (How I Won The War), the fuss in America about John’s "Jesus" statement, the threats to their lives and the first meeting between John and Yoko.

Do you think it was the most transitional year of their career?

I suppose every year was a transition of some kind, but this was the transition between show business and art; live performance and studio composition; teenage heartthrobs and generational leaders; love songs and social commentary.

How did the Beatles change during that year?

By giving up live performances and taking time off at the start of the year they gave themselves space to think and investigate their own whims.

There was no longer the need to dress the same, or think the same. They were determined not to repeat themselves, despite the attraction of giving the audience more of what it was crying out for, and took the risk of writing songs that were more reflective of the fact that they were no longer teenagers but young adults. 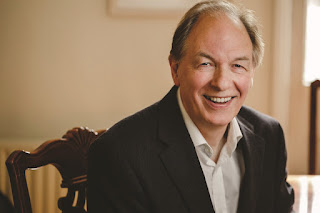 The Frank Sinatra generation had become more "grown up" by becoming more world-weary and singing songs about adultery, alcohol and late nights in cocktail bars. The Beatles became more "grown up" by contemplating religion, loneliness, taxation and alternative states of consciousness.


Who were the Beatles at the end 1966 compared to the start of that year?

They were more adult – George married that year, John and RIngo already had children and Paul bought his first home in St. John’s Wood.

They were also more different to each other. They each pursued their own interests in much more depth. Yet, they brought all their new experiences together to fund the project they were all in love with – the Beatles.

They weren’t thinking of splitting. They thought that their individual pursuits in such areas as Indian culture, acting, electronics and conceptual art would enrich their work together.

One of the big surprises of your book is the claim that Paul McCartney used LSD much earlier than reported in most accounts, including Paul's own recollections.

What makes you so certain that the dates you report are accurate? And what is the significance, in your view, of this new revelation?

I knew that Viv Prince of the Pretty Things was with Paul and Tara Browne when Paul first took LSD. Paul has spoken about this.

I tracked Prince down and he told me that he could remember the night particularly well because he’d met with Paul and Tara at the Ad Lib after travelling back to London from Norwich where he had been deputising for Keith Moon in the Who.

Having been told that, all I had to do was to be able to date the Who’s show in Norwich which was December 14th 1965, two days after the Beatles’ final UK date in Cardiff.

I think the significance is that it means that all Paul’s songs on Revolver were written after this experience rather that before (Paul has always dated his first trip to late 1966 or even early 1967).

It means that "Got To Get You Into My Life" was, as John suspected, about LSD and not, as Paul is on record as saying, about pot (it was the first of Paul’s songs recorded for Revolver and therefore most likely the first song written after the night with Tara).

Some previous commentators have thought that if he hadn’t taken LSD either before or during the making of this most psychedelic of albums, his performance must have been a result of trying to show George, John and Ringo that he was every bit as capable as they were of creating musical strangeness without having to take drugs.

Aside from the information about Paul and LSD, what surprised you most in your research?

I think there are lots of small surprises that help to build up a bigger picture of what they were doing.

Even people like Pattie Boyd have told me that there are things in the book that they didn’t know.

The biggest surprise though to me was the way that Revolver came together without any grand plan.

They wanted to ‘progress’ – they actually started using that word in 1966 – but other than that they had no theme in mind. They just brought their best songs to the table and recorded them one by one, giving them the best treatment they could think of.

They were still thrashing about thinking of a title while they toured Germany and Japan, worked out the sequencing while in hotel rooms and had the cover drawn by Klaus Voorman before they knew what it was going to be called.

Sgt Pepper, which they started to record at the end of 1966, was much more calculated and the cover much more thought-out ahead of time.

One thing I enjoy about your books on the Beatles is the serious focus you place on the group and its members.

You seem fairly disinterested in gossip or scandal and more interested in the group as artists and historical figures.

In your opinion, what is the importance of the Beatles, both to the 1960s and to today? Are they still relevant? And, if so, how?

"A Hard Day’s Write" (or "The Complete Beatles Songs," as the lyric version is titled) tells the stories behind the songs, "The Gospel According to the Beatles" looks at what they were saying and I suppose "Beatles ’66" looks at how the culture affected them and how they in turn affected the culture.

So "Beatles ’66" has elements of the two early books. In many ways it’s a book about creativity – how did this great work arise?

The Beatles were undoubtedly the leaders of the 60s music scene. I think they are relevant in that so many practices and expectations of music that they established are still in place so that if anyone studies how they worked and what they achieved they will better understand the world today.

It seems unbelievable that 1966 is half a century ago because the stuff they were involved in seems so current.

Do you plan any additional books on the Beatles? Is so, what is the focus?

I have nothing planned. Ideas like "Beatles ’66" hang around for many years. When I realise that they’re not going away I know that they’ve got to be written.

It was a challenge, but very rewarding, to concentrate my efforts on one year of their lives because I was able to devote 454 pages to a subject that only takes up 40 pages in a typical Beatles’ biography.

It gave me the opportunity t dig deeper than most writers have time to and also discuss my findings in a more leisurely way.

You can order "Beatles '66: The Revolutionary Year" from Amazon here.