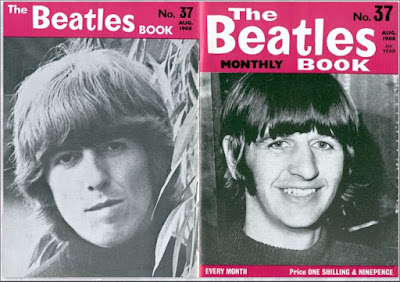 The August 1966 issue of the Beatles' official magazine reached readers on the heels of the release of Revolver and the group's ill-fated experiences in the Philippines, about which, from the Beatle camp's perspective, the less said the better.

Not much is said about Revolver or the unique tracks and recording methods used to create them. But there are a few references in the issue about the group struggling to come up with the LP's title.

The lead editorial also reminds fans the group will soon depart England for America. At this point, the Beatles had no idea of the controversy awaiting them there.

The issue also devotes a number of photos and two features to Germany. The Beatles had just completed their tour of the country, where they reunited with old friends from Hamburg. They traveled through the country by train and spent some of their time working to come up with the name for their upcoming L.P. 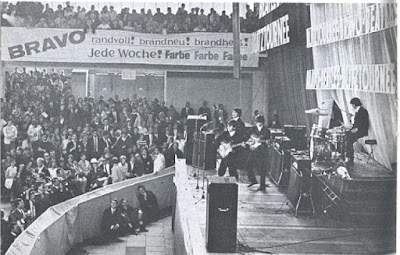 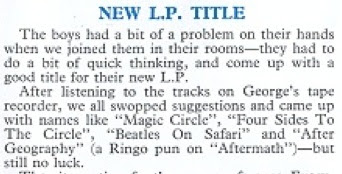 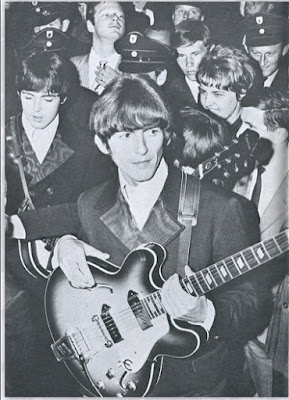 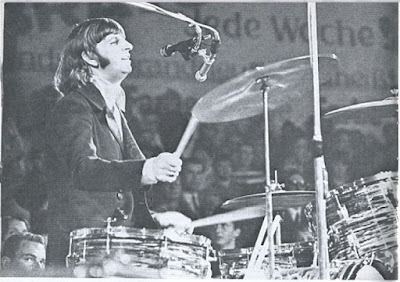 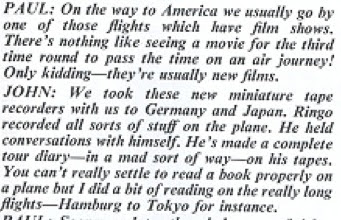 In the letters section, one fan asks about rumors concerning the Lennon-McCartney team's songwriting practices. 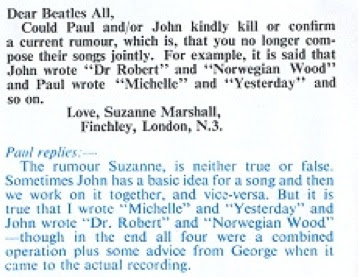 The mag also included this shot of George with his Jag at Abbey Road (standing with road managers Neil Aspinall and Mal Evans) ... 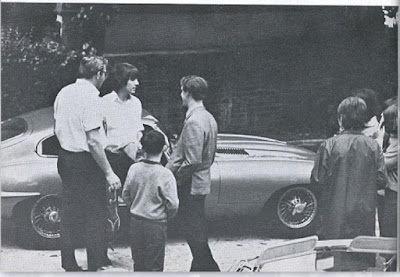 And Neil mentioning the Beatles working on their famed group painting while holed up in a hotel in Japan: 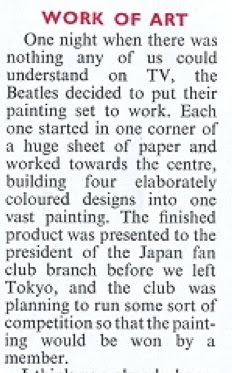 And, finally, another fun shot of Ringo. 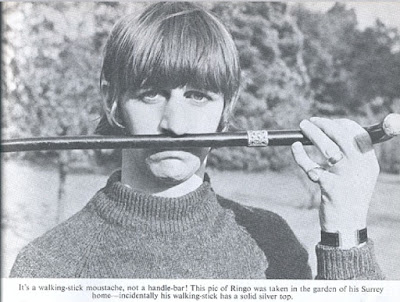