Artists and Beatles pal Klaus Voormann discusses creating the cover for the group's Revolver 50 years ago in a new BBC interview.


"They invited me down to Abbey Road to listen to the tracks - I was just blown away, floored by what I was hearing.

"I thought I was dreaming - Tomorrow Never Knows with its backward looped tapes and bird cries. It was something totally new."

...  As taken as the band were by his later interpretation of their hairdos for that Revolver cover though, he admits there were details that did not make the final cut.

"In one corner, I had Paul sitting on a toilet - they asked me to change that one. "And a picture of myself - John spotted that one and said 'Klaus, you cheeky beggar'." 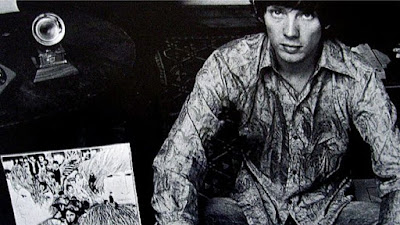