George Harrison's "I, Me, Mine" coming in expanded version

High-end publisher Genesis Publications has announced a new, expanded version of the George Harison's memoir/lyrics collection "I, Me, Mine."

The original book was published in limited run of only 2,000 signed copies in 1980, which was followed by mass market editions in hardcover and paperback.

As a memoir, the book is pretty scant but does provide George - the help of the late Beatles publicist Derek Taylor - detailing his growing up years in Liverpool, his days with the Beatles and beyond - at least up until 1980.

John Lennon, who was still living at the time the book came out, was hurt by how little he is mentioned or credited as a friend and influence to George.

Together with lyrics and illustrations, and the brief memoir section, the book is more an art piece or collectible than full autobiography.

Here are details on the new, exanded edition, which can be ordered here:


Cherished by fans and collectors, I ME MINE is the closest we will come to George Harrison's biography. This 2016 edition has been significantly developed since the book's first printing in 1980. In his own words I ME MINE now covers the full span of Harrison's life and work with lyrics to 141 songs (59 more than any previous edition), an extended text commentary and new photographs. At 632 pages, the entire work is reproduced in full colour throughout and is presented for Genesis subscribers as an exclusive book and vinyl boxed set of only 1,000 numbered and estate-stamped copies worldwide. 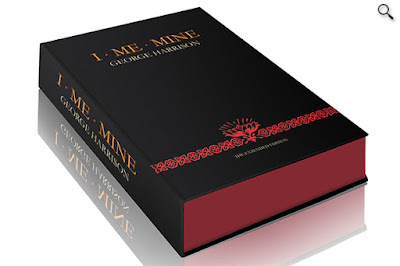 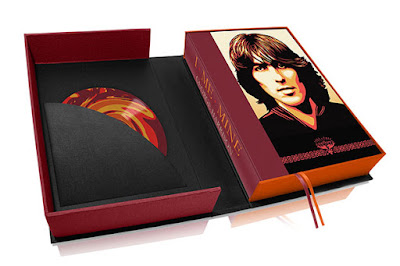 Email ThisBlogThis!Share to TwitterShare to FacebookShare to Pinterest
Labels: Books, George Harrison, I Me Mine (book)