A one page document, 8" x 13", in which the rights, titles, and all interests in three albums are transferred, for a consideration of £100 (noted as received), from Apple Corps Limited to Ganga Distributors, B. V. Signed at the close as Apple Corps Directors: "Paul McCartney", "George Harrison", "R Starkey", and "John Lennon". The albums named were Ravi Shankar's Raga and In Concert 1972 as well as The Radha Krishna Temple, an album of Hindu devotional songs.

In consideration of the sum of £100 receipt of which is hereby acknowledged we hereby assign to you all our right, title and interest including the copyright (if any) in the following recordings made by us subject to our continuing right to sell off inventory for our own account and your right to first refusal of purchase of such inventory at cost and to your indemnifying us against any adverse tax consequences of this assignment:

This assignment is subject to all necessary Exchange Control consents being obtained.

Directors for and on behalf of APPLE CORPS LIMITED 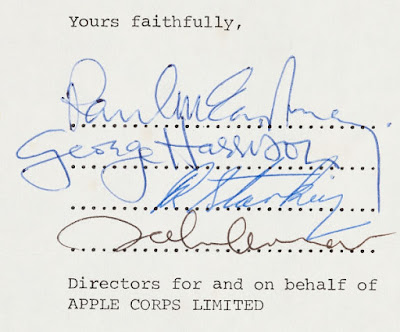 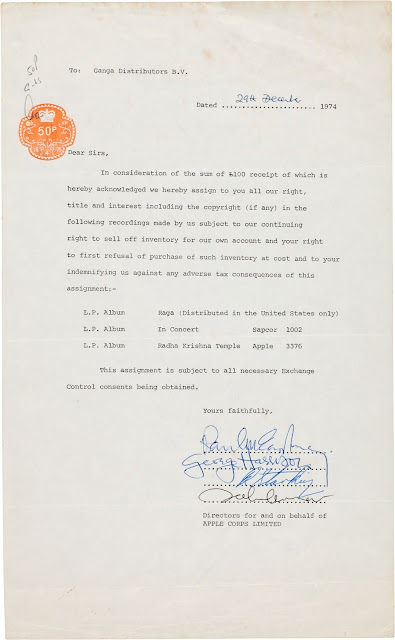