Sean Lennon has recorded a new LP with Primus' Les Claypool. You can have a free listen at Rolling Stone now. The mag also has a fun interview with the pair.

The album, The Claypool Lennon Delirium, is out June 3. And the pair is hitting the road to support it (including a stop in my town!). 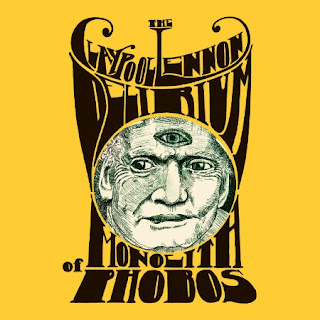 Claypool: A big inspiration was us sitting down and watching the Monkees' Head.

Lennon: Head is, like, my bible. Any project or important thought I've ever had was inspired by Head. We were talking about the amazing revelation that Buzz [Aldrin] revealed on C-SPAN. He said, "There's a monolith on Phobos with a tiny, potato-shaped moon that's revolving around Mars." It's the most mind-blowing thing I've ever seen on television. We were just hanging out watching that video, and Les came back the next day with a full song about it.

Claypool: Sean is like Encyclopedia Brown. He's full of these little nuggets of weird information. He throws them at me and I'm dazzled. He started talking about the monolith on Phobos and showed me the Buzz Aldrin video. Because I'm not a science, techie guy, I was more inspired by the human element of an elderly astronaut and his perception of what's going on in the universe.