A copy of the Beatles' "White Album" featuring the stamp number 0000002 is now up for auction at Julien's Auctions.

Each copy of the Beatles' album was treated as a limited edition "print," featuring a stamped number. Ringo Starr owned, and recently sold 0000001, so this edition is the second off the press. Julien's is estimating it will sell for $60,000 to $80,000.

Here are the specs: 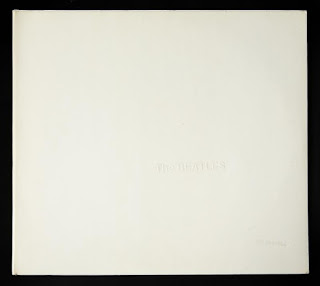 As the record manufacturing plant certainly had every machine available simultaneously pressing copies of this album it is impossible to say with certainty which records were truly the very first off the press. The album covers however were numbered in sequence, insuring that this No.0000002 sleeve is among the very first finished covers. The top load sleeve shows some wear to the corners and top edge, but it is overall very clean and fresh with very minor abrasions. The discs themselves show some scratches and wear.
Both discs were pressed from the very first Masters as indicated by the -1 matrix numbers on all four sides. The records are contained in their original black inner sleeves. All labels feature the “Sold in UK.” text but omit the “An EMI Recording” text found on later editions. Together with the four original UK portrait photos and UK lyric poster, both in very good condition. 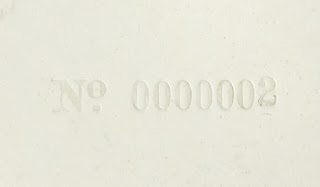 It has been widely known among collectors that the four members of the Beatles kept numbers 1 through 4. Some speculation in the collectors community goes further to say that they were allotted their numbers in age order, the oldest Beatle keeping number 1 and the youngest keeping number four. Julien’s sold Ringo Starr’s personal UK mono No.0000001 copy of the album in December of 2015, for a record breaking $790,000. This album originates from a private UK collector who reportedly obtained it from a contest. The only contest we have been able to identify in the UK that awarded copies of the album in conjunction with the record’s release is the one advertised in this November 23, 1968 edition of Disc and Music Echo.