Merry Christmas! This is our last post for the year and we thought we'd sign out the same way the Beatles did 50 years ago, with their annual Christmas record. We'll see you in 2016! 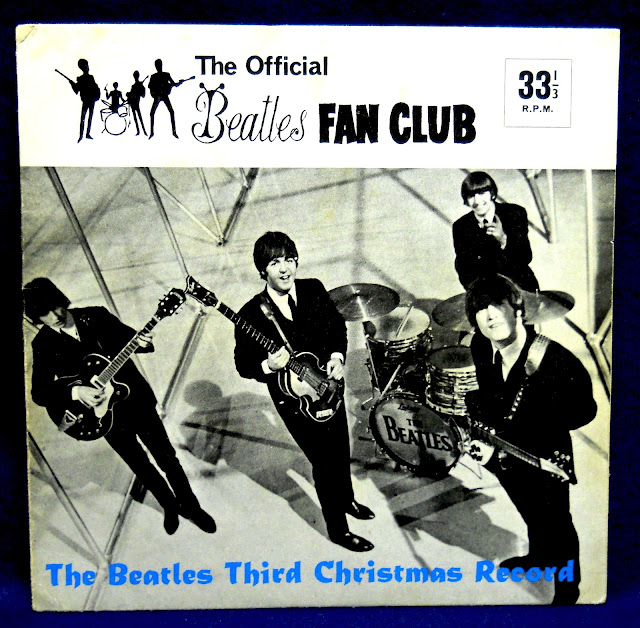 The Beatles' third annual Christmas flexi-disk was recorded on Nov. 8, 1965, at Abbey Road and mailed out starting in mid-December.

Here we present the entire contents, including back cover liner notes, photo inserts and newsletter message. 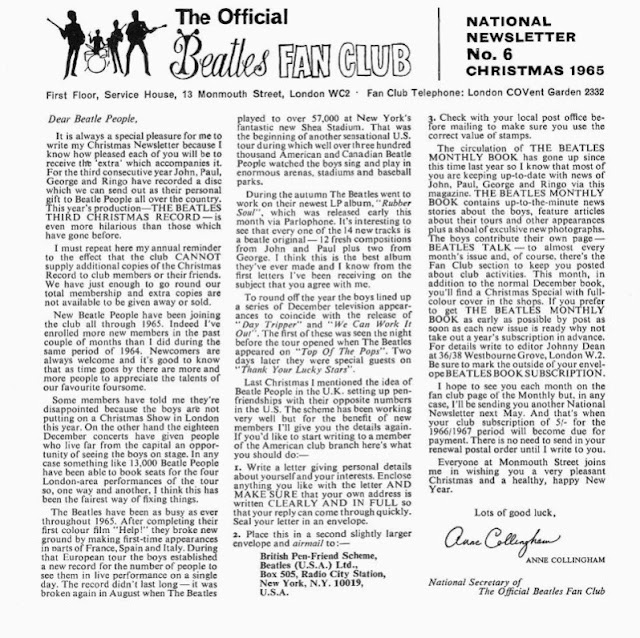 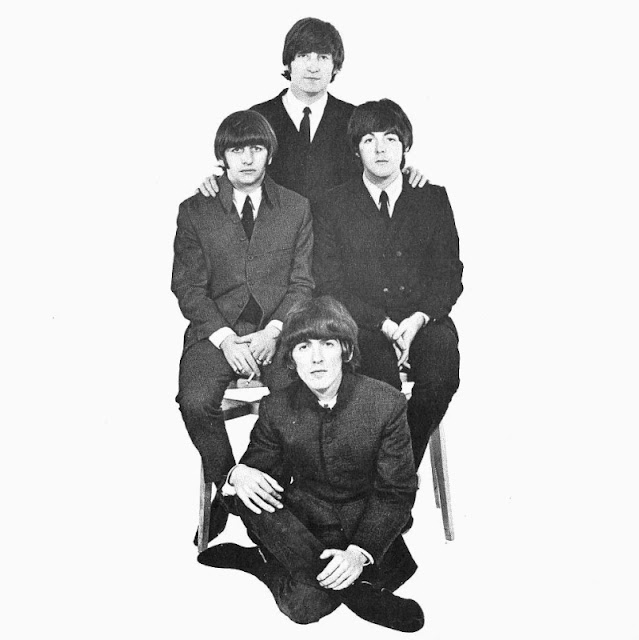 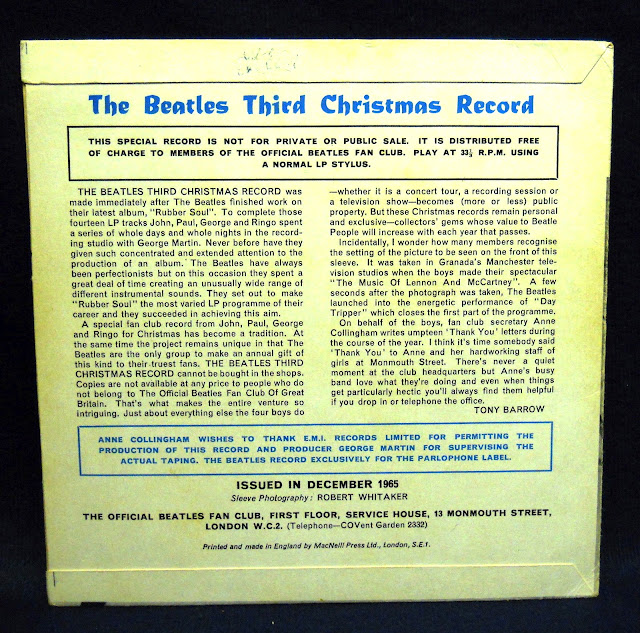 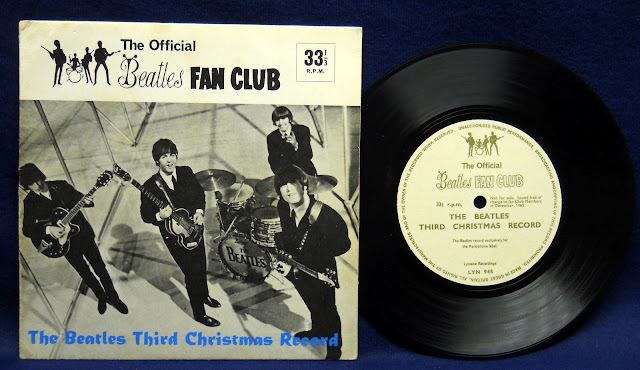 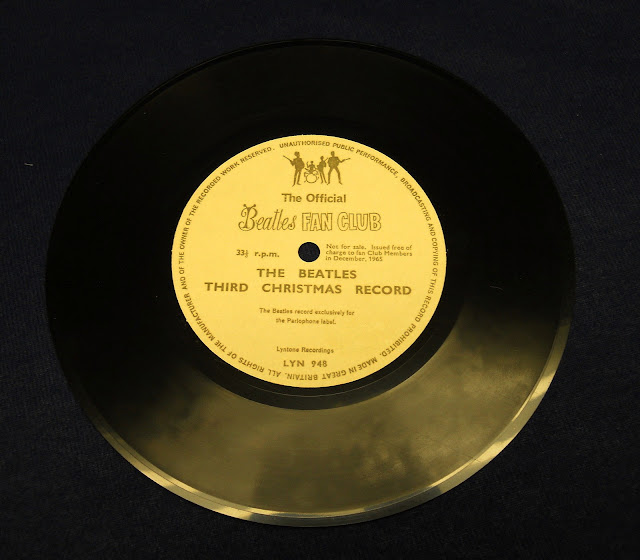 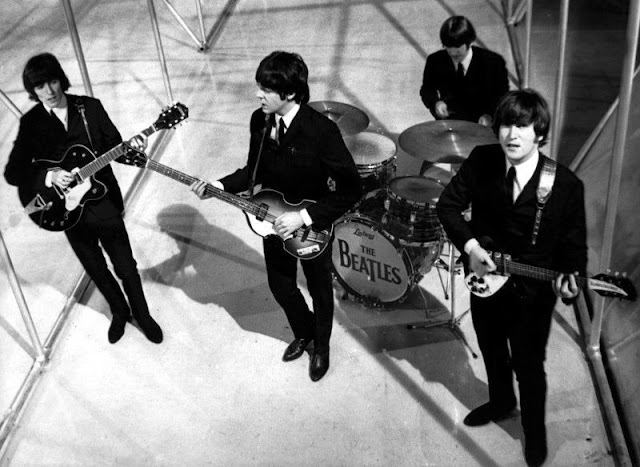