on November 27, 2015
Two Dutch fans are suing over ownership of the Beatles' "Nagra tapes," a collection of fly-on-the-wall recordings taped during production of the "Let it Be" film, which have turned up on countless bootlegs over the years.

The name "Nagra" stems from the brand of reel-to-reel tape recorders used to capture hours and hours of the Beatles talking, rehearsing and playing music during the filming of "Let it Be." Two of the mono recorders were rolling almost constantly during the production.

Stan Snelleman and Jos Remmerwaal claim they legally purchased the tapes from a former Apple Corps employee in 1992 and want them back.  The two men were arrested when found in possession of the tapes - which Apple claimed were stolen - in 2003 and the tapes were returned to the Beatles. Some of the recordings turned up that same year on the bonus "fly-on-the-wall" disk included with the official Let it Be ... Naked release.

Apple hasn't commented on the case. 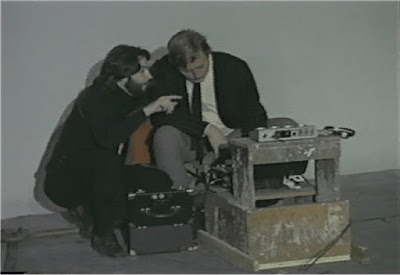 -----
"Let it Be" director Michael Lindsay-Hogg shares his account of George Harrison quitting the Beatles during production of the film.


George didn't want to make a TV special. He just wanted to do the album. One day we went to have lunch and George came up and said, at the head of the table, "See you round the clubs"—and left! I was there when John mentioned Clapton—but that wasn't going to happen. Would Eric have become a Beatle? No. Paul didn't want to go there. He didn't want them to break up. Then George came back. 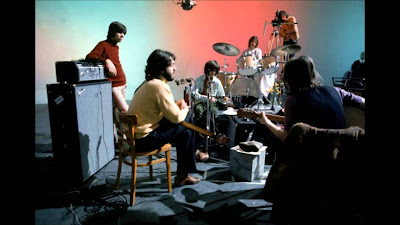 Justin Bieber this week broke a record previously held by the Beatles by placing 17 songs on the Billboard Hot 100. The Beatles set the previous record in 1964, when they landed 14 songs on the charts simultaneously. That record was tied by Drake earlier this year.

The Guardian catches up with the Beates' "Help!" co-star Eleanor Bron. 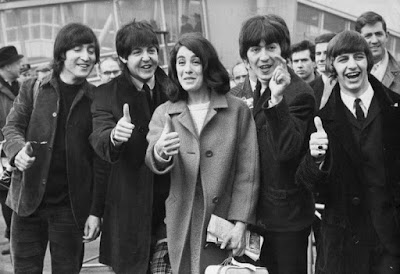 
“One time I got a call from [Harrison’s widow] Olivia, and she called to thank me for playing George’s music,” Carter said of a show entirely dedicated to Harrison’s songs — with the Beatles and solo. “Her mother still lives here [in Southern California] and told her she’d heard it. Olivia was calling from their estate in Friar Park [in England], and she said it was raining, and she talked about how George loved the rain and he would always go out into the garden and plant something when it rained.

“I’m sitting here in Los Angeles, where the sun is shining and thinking, ‘She took the time to call me just to say thank you for playing her husband’s music,' ” he said. “That shows you what kind of people they are.” Here's a nice piece looking at George Harrison, Frank Sinatra and "Something."


Sinatra only recorded two Beatles songs, and they happen to be the two most recorded, which suggests someone was just shoving under his nose the hits that everyone was doing. But "Something" came to mean something, and "Yesterday" didn't. Nancy Sinatra describes "Something" as "the only Beatles song of I know of that Dad really liked". 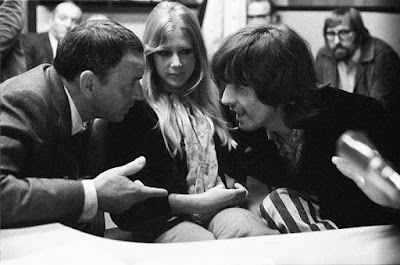 
"You have to listen to [''Hello.''] There are so many emotional moments in her performance ... It is fabulous." 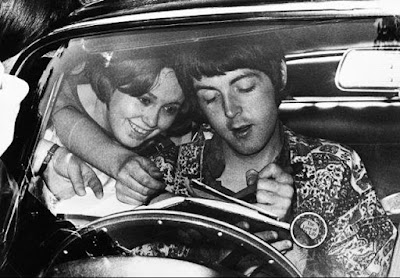