Lennon's "last piano" and other items go on display in Liverpool

The Beatles Story museum in Liverpool will display the piano John Lennon played and composed on late in his life along with rare images of the former Beatle.


A ‘honky tonk’ piano played by the late music icon during his time in New York recording studios during the 1970s, and on his Double Fantasy album, has been loaned to the Albert Dock attraction for the next three years.

It is joined by never-before-seen images of the Liverpool legend taken by American rock ‘n’ roll photographer Bob Gruen during the 70s.

... [Lennon] was so attached to it that those closest to him renamed it as the “John Lennon Piano” due to his insistence on moving it to every studio he worked in.

He used it to compose Fame with David Bowie and Whatever Gets You thru the Night with Elton John, and it can also be heard on the album Walls and Bridges. 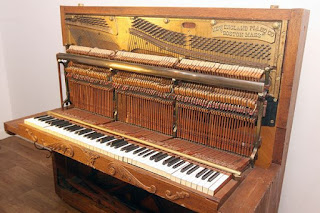