on July 27, 2015
Some recent listings on Amazon. Click the links to order. 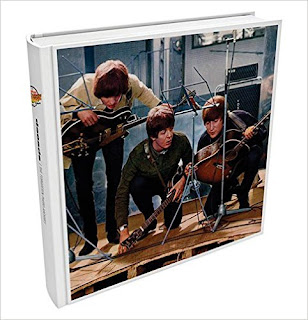 Eight Arms to Hold You: 50 Years of Help! and the Beatles

"Remarkable as it may seem, but this is the first book on The Beatles' film Help! and that in itself a rare milestone in Fab Four history. So put down your mobile phone, turn off your satellite TV and unplug the internet and travel back 50 years to wallow in the beauty of The Beatles as never presented before. It may seem clichéd to say this, but truly, a splendid time is guaranteed for all." Simon Wells, from the introduction.

Eight Arms to Hold You is a unique publication. It features both rare and unseen photos and materials from the movie Help!, drawn from archives on all four corners of the planet; all of which is forensically remastered by one of the country's best forensic art and image restorers, Paul Skellett. The book is curated by world renowned Beatles author, Simon Wells (Beatles 365 Days and Beatles Japan).

This is one of the most meticulously researched and restored Beatles titles to date, with support from Rex Features Archive, The British Film Institute, The Pete Nash Collection, The Vincent Vigil Collection, The Mark Hayward Collection, The Cavern Club, The Beatles Story Museum, The Hard Days Night Hotel, The Beatles Fest and many other private collectors. Richard Lester, the legendary director of Help! has also lent his assistance in releasing parts of his private collection (including the original hand noted script) as well as being part of the book's final approval process. The project has renowned Beatles researcher and author Simon Wells on board to curate and narrate the story, with specialist forensic art and photography restorer, Paul Skellett handling the full image remastering process. 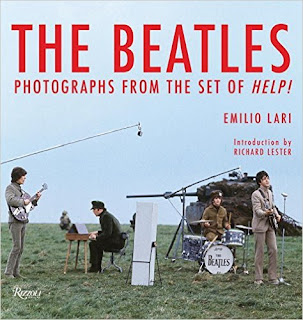 The Beatles: Photographs from the Set of Help!
Out Sept. 15, 2015.
144 pages.
An extraordinary collection of mostly unseen photographs of the Beatles during the making of Help!. Published to coincide with the fiftieth anniversary of the release of the Beatles’ second motion picture, Help!, this almost entirely unpublished collection of photographs marks a pivotal turning point in the band’s history, as they evolved from much-loved musicians into the most important group of all time.

The Beatles’ first movie filmed in color, Help! is a madcap adventure featuring cinematography and film sequences widely considered to be hugely influential to the modern performance-style music videos of today. Specialist set photographer Emilio Lari was invited by director Richard Lester to shoot stills of the production at Twickenham Studios and document behind-the-scenes larking about as the band relaxed in their hotel between takes. With an introduction by Lester and intimate, never-before-seen images, The Beatles: Help! provides new and fascinating insights into the band that changed the history of music and the world. 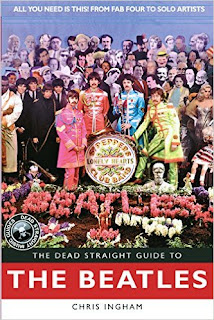 The Dead Straight Guide to The Beatles
Out Sept. 15, 2015.
336 pages.
One of the first books in this new series, this pocket guide looks at the Beatles, one of the most influential, innovative, and respected bands of all time. It covers every aspect of the Fab Four, including their music, lyrics, movies, and solo careers.