The Public Record Office of Northern Ireland has released previously unpublished photos of the Beatles' 1964 performance in Belfast's King's Hall in November 1964.


They show the band playing one of two sell-out concerts on the same night in November 1964.
Around 16,000 adoring fans thronged the venue, many paying less than £1 to see their idols. 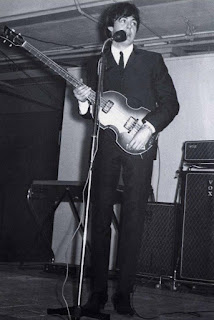