New Beatles books on the way

These two just popped up on Amazon: 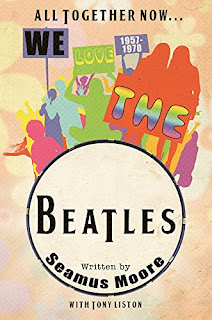 All Together Now... We Love The Beatles 1957 - 1970
Did you know that Lucy in the sky with diamonds' was inspired by little Julian Lennon's painting of 4 year old Lucy O'Donnell, who sat beside him in school, not about drugs? This book tells the story of The Beatles from their coming together as young teenagers in Liverpool in 1957 to their traumatic break up in April 1970. Each chapter covers a year in the life of the group, followed by the music, mini biographies and locations of people and places relevant to the band in that particular year. Paul McCartney is quoted as saying that he hardly ever finished a book about The Beatles because he ""rarely passed the first chapter without finding at least four inaccuracies"". Paul, you will read to the end! ""The music was positive, it was positive in love... the basic Beatles' message was love"" (Ringo) This book captures the essence of that music and the interaction of the personalities of the four young Liverpudlians that combined to create it - music that caused hysteria at that time and continues to inspire joy and happiness all over the world. 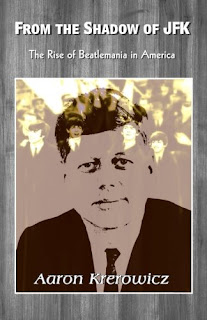 From the Shadow of JFK: The Rise of Beatlemania in America
Many Beatles authors and scholars have cited John F. Kennedy's assassination on 22 November 1963 as a cause of the Beatles' sudden popularity in the United States in early 1964. Their logic: Kennedy's assassination made America sad, then the Beatles made America happy again. But this commonly accepted answer is overly simplistic. America has suffered numerous tragedies and rebounded each time, but the popularity and staying power of the Beatles remains unmatched in American history. The real answer is that Kennedy's life and death inadvertently primed the nation for the Beatles' arrival and success. Despite thousands of books and billions of words, there remains more to be said about both JFK and the Fab Four.