New book: The Beatles: Photographs from the Set of Help! 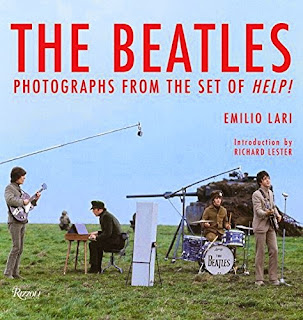 An extraordinary collection of unseen photographs of the Beatles during the making of Help!. Published to coincide with the fiftieth anniversary of the release of the Beatles’ second motion picture, Help!, this almost entirely unpublished collection of photographs marks a pivotal turning point in the band’s history, as they evolved from much-loved musicians into the most important group of all time.

The Beatles’ first movie filmed in color, Help! is a madcap adventure featuring cinematography and film sequences widely considered to be hugely influential to the modern performance-style music videos of today. Specialist set photographer Emilio Lari was invited by director Richard Lester to shoot stills of the production at Twickenham Studios and document behind-the-scenes larking about as the band relaxed in their hotel between takes. With an introduction by Lester and intimate, never-before-seen images, The Beatles: Help! provides new and fascinating insights into the band that changed the history of music and the world.