A guitar briefly used by George Harrison in 1963 while his beloved Gretsch Country Gentleman was being repaired has sold at auction for $485,000.

According to the auction house:


The Maton Mastersound MS500 electric guitar was used by Harrison in the summer of 1963 while he had it on loan from Barratts music store.

According to Andy Babiuk, Harrison's Country Gent was experiencing problems and brought to Barratts in Manchester to be repaired.

The Maton was given to Neil Aspinall for Harrison to use while repairs were made. The Country Gent was returned the same day, but Harrison retained the Maton and played it in concert at Margate (July 8-13), in Liverpool (August 2), at a photocall at the Cavern (August 3) and when the Beatles played Guernsey, Channel Islands (August 6-10).

The Maton was returned to Barratts and was purchased by Roy Barber, guitarist with Dave Berry and the Cruisers. Barber was told that the guitar was the Maton used by Harrison. Barber used the guitar for several years until he retired it to storage where it stayed for 20 years until 2002, when Barber's widow auctioned the guitar at Sotheby's.

The Australian solid-body guitar has a flame maple natural finish top, dark sides, a sunburst back, mahogany neck with a bound rosewood fingerboard and dot inlays, two pickups, a three-way pickup selector switch, two volume knobs and two-tone knobs with an input jack mounted on a black pickguard, fitted with a Bigsby vibrato and Bigsby bridge. 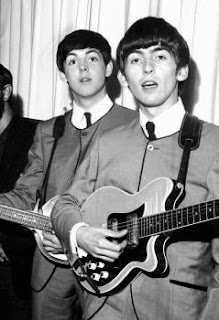 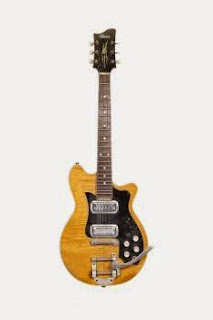 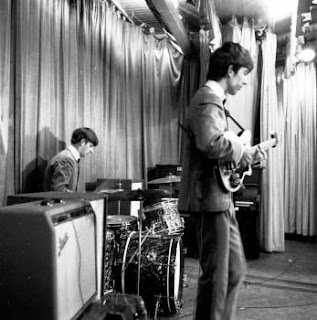