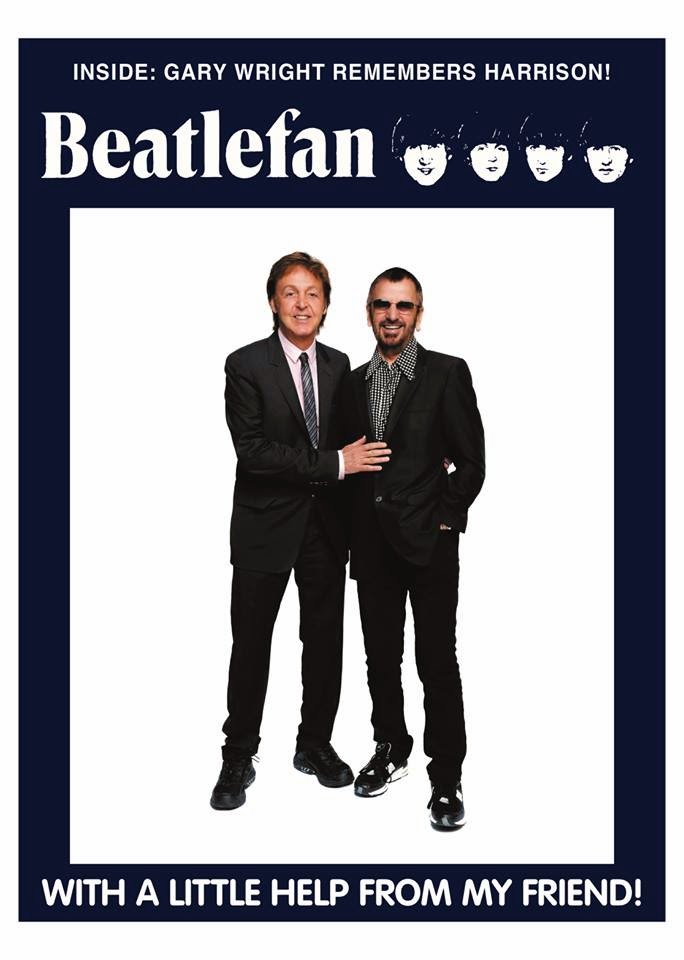 I'm proud to have two book reviews in the new issue of Beatlefan out now.


Sporting a great front cover shot of Paul McCartney and Ringo Starr taken by Rob Shanahan and a back-cover Macca shot by Bob Gannon, Beatlefan #213 features Ken Sharp's new interview with The Beatles' drummer in which he talks about such wide-ranging topics as his days with Rory Storm and the Hurricanes, his evolution as a songwriter, his drumming on "Rain," and recording and writing with members of the All Starr Band. Plus, we hear from Todd Rundgren about writing the title track for "Postcards From Paradise" with Ringo. Also in this issue is Bill King's appraisal of Ringo's new album, Rick Glover's review of the All Starrs in Birmingham, Ala., and a complete wrap-up on Ringo's touring plans and recent media blitz.


This issue also features Tom Frangione's interview with Gary Wright about his work with George Harrison and Ringo, a full report on Macca's Valentine's Day concert and tour news, Howie Edelson tracing McCartney's creative wanderings in the 1980s, a detailed report on the new Beatles BBC bootleg collection, Bruce Spizer's look back 50 years at the recording and release of "Ticket to Ride," the tale of how a German fan got a box load of autographed items mailed to him by John Lennon in the mid-1970s, and a younger fan's viewpoint on Macca working with Kanye West. Plus, four pages of reviews and all the latest news!

A sample issue costs $8 in the U.S. or $11 abroad. U.S. funds only. If you want the latest issue, be sure to specify #213. For more information, email goodypress@gmail.com. Send to P.O. Box 33515, Decatur GA 30033. A year's subscription in the U.S. costs $33 for six issues or $37.50 if sent First Class Mail in an envelope. Canadian subscriptions cost $43 per year and for Mexico the cost is $50. International subscriptions to all other countries around the globe are $56 (sent Air Mail) U.S. funds only. CREDIT CARDS AND PAYPAL ACCEPTED (goodypress@mindspring.com). For credit card orders, you can call 404-713-6432 or e-mail goodypress@gmail.com.